The Gospel of Winter (Hardcover) 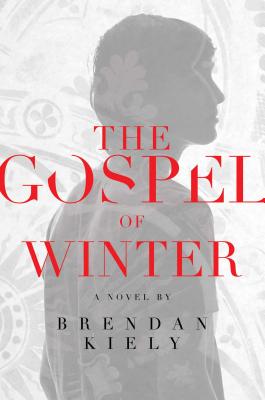 A fearless debut novel about the restorative power of truth and love after the trauma of abuse.

As sixteen-year-old Aidan Donovan’s fractured family disintegrates around him, he searches for solace in a few bumps of Adderall, his father’s wet bar, and the attentions of his local priest, Father Greg—the only adult who actually listens to him.

When Christmas hits, Aidan’s world collapses in a crisis of trust when he recognizes the darkness of Father Greg’s affections. He turns to a crew of new friends to help make sense of his life: Josie, the girl he just might love; Sophie, who’s a little wild; and Mark, the charismatic swim team captain whose own secret agonies converge with Aidan’s.

The Gospel of Winter maps the ways love can be used as a weapon against the innocent—but can also, in the right hands, restore hope and even faith. Brendan Kiely’s unflinching and courageous debut novel exposes the damage from the secrets we keep and proves that in truth, there is power. And real love.

Brendan Kiely is the New York Times bestselling author of All American Boys (with Jason Reynolds), Tradition, The Last True Love Story, and The Gospel of Winter. His most recent book is The Other Talk: Reckoning with Our White Privilege. His work has been published in over a dozen languages, and has received the Coretta Scott King Author Honor Award, the Walter Dean Meyers Award, and ALA’s Top Ten Best Fiction for Young Adults. A former high school teacher, he is now on the faculty of the Solstice MFA Program. He watches too much basketball and reads too many books at the same time, but most importantly, he lives for and loves his wife and son. Find out more at BrendanKiely.com.

"'We live in a world of consequence and effect,' says the 16-year-old narrator of The Gospel of Winter, a book that will be as satisfying to literary readers as it will to young adults. This is a novel that captures the pulse of a contemporary wound, a truth that needs to be told about the shameful issue of abuse within our society. It is also a novel that examines the faultlines of love, family, adolesence, faith and belonging. Brendan Kiely has written a novel that is both unflinching and redemptive."
— Colum McCann, NYT Bestselling author and National Book Award winner for Let the Great World Spin

"Brendan Kiely's finely tuned debut accomplishes something rare--it pulls you into its main character's pain and truth without letting you forget how beautiful the world, and people, can really be. An emotional coming of age story that you won't soon forget."
— John Corey Whaley, Printz and Morris Award-winning author of Where Things Come Back

"The Gospel of Winter marks Brendan Kiely’s auspicious debut as a novelist. Kiely deftly captures the difficulty of becoming oneself in a world filled with contradictions and mixed messages, artfully drawing us into the complex story of a young man’s search for identity, for comfort, for faith. Aidan Donovan's struggle to find truth lives in all of us—his pain and hope are both resonant and transformative."
— A.M. Homes, author of May We Be Forgiven, winner of the Women's Prize for Fiction

"The Gospel of Winter comes to us in full flower, a rich, complex, wise, beautifully written novel and a compelling read."
— Frederic Tuten, author of Tintin in the New World

* "Kiely’s impressive debut takes a controversial topic—sexual abuse in the Catholic Church—and addresses it head-on with sensitivity and finesse....Kiely hits his mark with a sickening portrayal of Father Greg and those who let his behavior continue. But it’s the combination of Aidan’s vulnerability, denial, and silent rage that makes the novel so distressingly vivid and real."
— Publishers Weekly (starred review)

* "In a lyrical and hard-hitting exploration of betrayal and healing, the son of a Connecticut socialite comes to terms with his abuse at the hands of a beloved priest. Each of Aidan’s relationships is carefully and subtly drawn, revealed slowly through Aidan’s elegant, pained and often circumspect narration. Often bleak, eventually hopeful and beautifully told."
— Kirkus Reviews (starred review)

* "Kiely’s gutsy debut addresses abuse in the Catholic Church. This is challenging, thought-provoking material, presented in beautiful prose, which explores the ways in which acts rendered in the name of love can both destroy and heal."
— Booklist (starred review)