Between the Lines (Paperback) 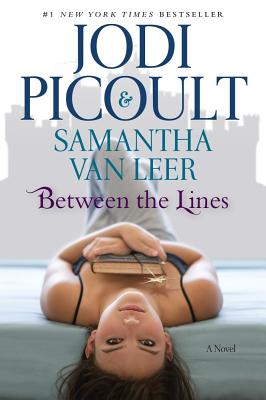 Soon to be an off-Broadway musical!

In this delightful companion novel to Off the Page, #1 New York Times bestselling authors Jodi Picoult and her daughter and cowriter, Samantha van Leer, present the YA novel that started it all! Filled with romance, adventure, and humor, the magic jumps off the page (literally) in a story you’ll never forget.

What happens when happily ever after…isn’t?

Delilah is a bit of a loner who prefers spending her time in the school library with her head in a book—one book in particular. Between the Lines may be a fairy tale, but it feels real. Prince Oliver is brave, adventurous, and loving. He really speaks to Delilah.

And then one day Oliver actually speaks to her. Turns out, Oliver is more than a one-dimensional storybook prince. He’s a restless teen who feels trapped by his literary existence and hates that his entire life is predetermined. He’s sure there’s more for him out there in the real world, and Delilah might just be his key to freedom.

A romantic and charming story, this companion novel to Off the Page will make every reader believe in the fantastical power of fairy tales.

Jodi Picoult received an AB in creative writing from Princeton and a master’s degree in education from Harvard. The recipient of the 2003 New England Book Award for her entire body of work, she is the author of twenty-seven novels, including the #1 New York Times bestsellers House Rules, Handle With Care, Change of Heart, and My Sister’s Keeper, for which she received the American Library Association’s Margaret Alexander Edwards Award. She lives in New Hampshire with her husband and three children. Visit her website at JodiPicoult.com.

Samantha van Leer is a sophomore at Vassar College majoring in psychology with a minor in human development. She has four dogs: Alvin, Harvey, Dudley, and Oliver—for whom the prince in this story is named.

"A compulsively readable charmer. The teen dialogue and interior monologues feel authentic, while Picoult’s practiced hand balances humor with larger issues such as abandonment, hope, and existential quandaries related to fate and human nature. Both silhouette and pencil drawings abound; characters climb in and around the text to excellent effect. Younger readers and their parents will appreciate the gentle, wholesome romance, with nary a shred of paranormal action. The tender, positive tone and effective pacing that builds to a satisfying finish will inspire readers to pass the book to a friend—or reread it themselves."
— Booklist

"A clever YA romance about the magical relationship between a loner and her fictional “Prince Charming.” Elements from Picoult’s other novels—alternating character viewpoints with distinguishing fonts, snappy chapter endings—are present, and the story is peppered with pop culture references to The Hunger Games, the Kindle Fire, and the X-Men, as well as comic relief in the form of characters like a talking horse that thinks it has a weight problem. Readers...will be swept up by the romantic premise."

"Picoult and her coauthor daughter deliver an enjoyable, metafictive twist on the traditional teen-romance novel.... Book lovers in particular are likely to get a kick out of the blurring of the lines between character and reader, fact and fiction.... Fizzy fairy-tale fun."
— Kirkus Reviews

"Picoult and her daughter, Van Leer, have created a multilayered universe where what is real is in the eye of the beholder."

“Between the Lines” is a romance between a girl and a boy, but even more, it’s a love letter to the visceral bond between a reader and a musty, beloved book.... The fictional “Between the Lines” is funny and unexpected...and it’s fascinating to watch the authors address the problem of what it would be like to live not just in a story, but in a physical book."
— The Washington Post

"An exceedingly clever concept that would be challenging to pull off, if not for the deep understanding of character, plot and pacing provided by Picoult... Conceptually, "Between the Lines" is reminiscent of the "Toy Story" movies... An exploration of the nature of escapism that asks whether reality is any more real than make-believe, "Between the Lines" will delight readers of all ages whose imaginations willfully blur that distinction."

"An exceedingly clever concept that would be challenging to pull off, if not for the deep understanding of character, plot and pacing provided by Picoult... Conceptually, "Between the Lines" is reminiscent of the "Toy Story" movies... An exploration of the nature of escapism that asks whether reality is any more real than make-believe, "Between the Lines" will delight readers of all ages whose imaginations willfully blur that distinction."