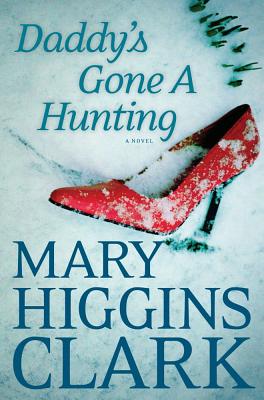 In this new novel by the #1 New York Times bestselling author Mary Higgins Clark, the reigning “Queen of Suspense,” a dark secret from a family’s past threatens the lives of two sisters, Kate and Hannah Connelly.

In her latest novel Mary Higgins Clark, the beloved, bestselling “Queen of Suspense,” exposes a dark secret from a family’s past that threatens the lives of two sisters, Kate and Hannah Connelly, when the family-owned furniture firm in Long Island City, founded by their grandfather and famous for its fine reproductions of antiques, explodes into flames in the middle of the night, leveling the buildings to the ground, including the museum where priceless antiques have been on permanent display for years.

The ashes reveal a startling and grisly discovery, and provoke a host of suspicions and questions. Was the explosion deliberately set? What was Kate—tall, gorgeous, blond, a CPA for one of the biggest accounting firms in the country, and sister of a rising fashion designer—doing in the museum when it burst into flames? Why was Gus, a retired and disgruntled craftsman, with her at that time of night? What if someone isn’t who he claims to be?

Now Gus is dead, and Kate lies in the hospital badly injured and in a coma, so neither can tell what drew them there, or what the tragedy may have to do with the hunt for a young woman missing for many years, nor can they warn that somebody may be covering his tracks, willing to kill to save himself . . .

Step by step, in a novel of dazzling suspense and excitement, Mary Higgins Clark once again demonstrates the mastery of her craft that has made her books international bestsellers for years. She presents the reader with a perplexing mystery, a puzzling question of identity, and a fascinating cast of characters—one of whom may just be a ruthless killer . . .

The #1 New York Times bestselling author Mary Higgins Clark has written thirty-seven suspense novels, four collections of short stories, a historical novel, a memoir, and two children’s books. With her daughter Carol Higgins Clark, she has coauthored five more suspense novels, and also wrote The Cinderella Murder, All Dressed in White, The Sleeping Beauty Killer, and Every Breath You Take with bestselling author Alafair Burke. More than one hundred million copies of her books are in print in the United States alone. Her books are international bestsellers.

“The mistress of high tension.”
— The New Yorker

“Mary Higgins Clark has penned yet another mystery that will keep her at the top of the suspense writers list for a very long time….Daddy’s Gone A Hunting will chill readers….This one is not to be missed.”
— Bookreporter.com

“Clark, known rightly as the Queen of Suspense, performs her usual magic.”

“They say that Agatha Christie was the Grand Dame of Mystery. If that’s true, then Mary Higgins Clark must be the Marquise, because this book is a royal treat. . . . The Lost Years is truly a keeper.”

“The cast of characters is large, and each member is distinctly drawn in the way that only Mary Higgins Clark can create ‘real’ people on the page.”

“Fans will bite their nails to the quick.”

“Teeming with tantalizing twists, Clark’s crackling tale of identity theft, revenge, and murder is a tempting and thought-provoking thriller.”

“Intense . . . the action hurtles to a surprising resolution.”