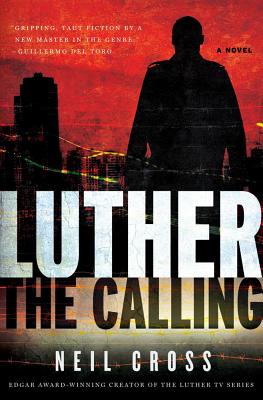 By Neil Cross
Email or call for price
Hard to Find

Is Luther a force for good or a man hell-bent on self-destruction?

Meet Detective Chief Inspector John Luther. He’s a homicide detective with an extraordinary case-clearance rate. He’s obsessive, instinctive, and intense. Nobody who ever stood at his side has a bad word to say about him. And yet there are rumors that Luther is bad—not corrupt, but tormented. After years of chasing the most depraved criminals in London’s gritty underworld, he seethes with a hidden fury he can barely control, making him do things any other detective wouldn’t and shouldn’t do.

Luther: The Calling is the story of the serial killer case that tore Luther’s personal and professional relationships apart and propelled him over the precipice—beyond fury, beyond vengeance, all the way to the other side of the law.

Meet Detective Chief Inspector John Luther. He’s a murder detective with an extraordinary case clearance rate. He’s obsessive, instinctive, and intense. Nobody who ever stood at his side has a bad word to say about him. And yet there are rumors that Luther is bad—not corrupt, not on the take, but tormented. He seethes with a hidden fury that at times he can barely control. Sometimes it sends him to the brink of madness, making him do things he shouldn’t—things well beyond the limits of the law.
Edgar Award-winning writer Neil Cross has created one of the most compelling characters in modern crime fiction—a man who may be a force for good, or hell-bent on self-destruction. For fans of the award-winning series starring Emmy-nominee Idris Elba, and for all lovers of crime fiction, Luther is a compelling, compulsively readable novel by the writer hailed by The Guardian as “Britain’s own Stephen King.”

Neil Cross is the creator and sole writer of the critically acclaimed BBC America crime series Luther. In 2011, Cross was awarded the Edgar Award for Best Teleplay for episode one of Luther. He is the author of the thriller Burial and lives with his family in Wellington, New Zealand. Visit him online at Neil-Cross.com.

“For all his skill as scriptwriter, Cross is above all else a gifted novelist. Luther: The Calling is more than a tie-in novel. It is some of the best crime fiction to hit bookstores this year.”

“The amazing force and power of the writing and the hell-for-leather plotting together pull readers along whether they like it or not.”