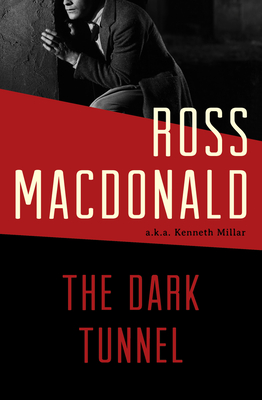 On the home front, two wartime lovers reunite under a cloud of paranoia in this thriller from Mystery Writers of America Grand Master Ross Macdonald
In 1937 Munich, an American must be careful when he smokes his pipe. Robert Branch, a careless academic, makes the mistake of lighting up when the F hrer is about to begin a procession, and nearly gets pummeled for his mistake. Only the timely intervention of Ruth Esch, a flame-haired actress, saves him. So begins a month-long romance between East and West--a torrid affair that ends when the lovers make the mistake of defending a Jew, earning Branch a beating and Esch a trip to a concentration camp. Six years later, Esch escapes to Vichy and makes her way to Detroit. To her surprise, Branch is waiting for her. He is a professor, working for the war effort, and his paranoia about a spy inside the Motor City war board sours their reunion. Once again, a dangerous net is encircling these lovers--a reminder that, in this war, love always comes second to death.

Ross Macdonald was a pseudonym for Kenneth Millar (1915-1983), an author of detective fiction best known for creating the character of Lew Archer, a California PI. Born in California, Millar lived in Ontario, Canada, until his father abandoned his mother, uprooting the family and forcing them to move again and again over the next few years--a formative experience that would often be echoed in Millar's work. While attending the University of Michigan, Millar began writing pulp fiction, publishing his first novel, The Dark Tunnel, in 1944. Millar introduced Lew Archer, the tough-but-sensitive private detective, in the 1946 short story "Find the Woman." The Moving Target (1949) was the first of more than a dozen Lew Archer novels, which established Millar as one of the finest crime novelists of his day. He is often included in the "holy trinity of detective fiction," along with Dashiell Hammett and Raymond Chandler.