They Don't Dance Much (Paperback) 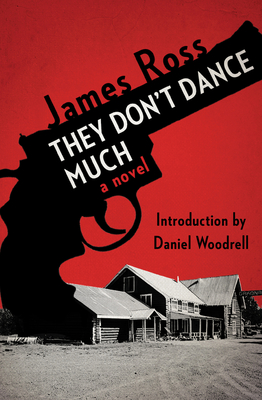 In this classic country noir, featuring a new introduction by Daniel Woodrell, a small town farmer takes a job at a roadhouse, where unbridled greed leads to a brutal murder
Jack McDonald is barely a farmer. Boll weevils have devoured his cotton crop, his chickens have stopped laying eggs, and everything he owns is mortgaged--even his cow. He has no money, no prospects, and nothing to do but hang around filling stations, wondering where his next drink will come from. As far as hooch goes, there's no place like Smut Milligan's, where Breath of Spring moonshine sells for a dollar a pint. A bootlegger with an entrepreneurial spirit, Milligan has plans to open a roadhouse, and he asks Jack to run the till. The music will be hot, the liquor cheap, and the clientele rough. But the only thing stronger than Milligan's hooch is his greed, and Jack is slowly drawn into the middle of Smut's dalliances with a married woman, the machinations of corrupt town officials--and a savage act of murder.

James Ross (1911-1990) was born in North Carolina, where he worked as a reporter for the Daily News (Greensboro) for many years. He wrote his first and only novel, They Don't Dance Much, in 1940. The book, considered "country noir," was praised by the likes of Raymond Chandler and Flannery O'Connor. During the decade that followed, Ross published several short stories in literary journals such as Partisan Review, the Sewanee Review, Collier's, and Argosy while he worked on another novel, In The Red, which was never published.