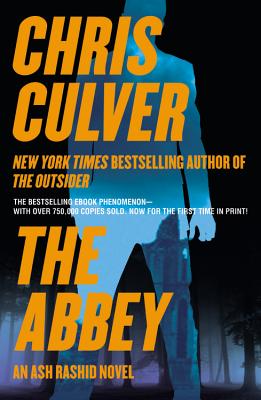 This is book number 1 in the Ash Rashid Series series.

In this New York Times bestseller with over 1M copies sold, a Muslim detective struggling with sobriety and the violence of his job on the Indianapolis force must solve the murder of his teenage niece.

Ash Rashid is a former homicide detective who can't stand the thought of handling another death investigation. In another year, he'll be out of the Indianapolis Metropolitan Police Department completely.
That's the plan, at least, until his niece's body is found in the guest home of one of his city's most wealthy citizens. The coroner calls it an overdose, but the case doesn't add up. Against orders, Ash launches an investigation to find his niece's murderer, but the longer he searches, the more entangled he becomes in a case that hits increasingly close to home.
If he doesn't solve it fast, his niece won't be the only family member he has to bury.

Chris Culver is the New York Times bestselling author of the Ash Rashid series of mysteries. After graduate school, Chris taught courses in ethics and comparative religion at a small liberal arts university in southern Arkansas. Between classes, he wrote The Abbey, which spent sixteen weeks on the New York Times ebook bestseller list. He, his wife, and their Labrador retriever currently live near St. Louis, Missouri, where Chris is working on his next novel.

"Chris Culver is a writer to watch for years to come."—C.J. Box, New York Times bestselling author of Breaking Point and The Highway

"A tale that offers...novelty within a standard cops versus drug dealers plot."—Publishers Weekly

"A likeable protagonist and a lively plot make for a very enjoyable read."—The Morning Star