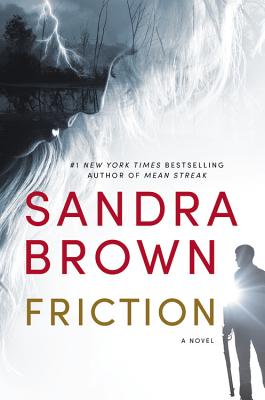 By Sandra Brown
Unavailable. Orders will be auto-cancelled.

After a courtroom gunman threatens everything he holds dear, a Texas Ranger with a checkered past must choose between vengeance and family in this #1 New York Times bestselling thriller.

Crawford Hunt wants his daughter back. Following the death of his wife four years ago, he fell into a downward spiral that knocked him down to deskwork and landed his five-year-old daughter Georgia in the custody of her grandparents. But now that Crawford has cleaned up his act and met the court's requirements, the fate of his family lies with Judge Holly Spencer.

Holly, ambitious and confident, must prove herself worthy of a permanent judgeship on the cusp of an upcoming election. Every decision is high-stakes, and despite Crawford's commitment to being a better father, Holly is wary of his past. But when a masked gunman barges into the courtroom during the custody hearing, Crawford reacts instinctively to save Holly's life.

But his heroism soon takes on the taint of recklessness. With the gunman still at large, Crawford uncovers a horrifying truth, and the cloud over him grows even darker as he considers vengeance. He quickly realizes that pursuing the killer will jeopardize his chances of gaining custody of his daughter and compromise Holly, who needs protection not only from an assassin, but from Crawford himself and the forbidden attraction between them.

Friction will keep you on the edge of your seat with breathtaking plot twists and the unforgettable characters that make Sandra Brown one of the world's best-loved authors. It is an extraordinary novel about the powerful ties that bind us to the ones we love and the secrets we keep to protect them.

Sandra Brown is the author of seventy-two New York Times bestsellers. There are over eighty million copies of her books in print worldwide, and her work has been translated into thirty-four languages. She lives in Texas. For more information you can visit www.SandraBrown.net.

"A masterful storyteller, carefully crafting tales that keep readers on the edge of their seats."—USA Today

"Sandra Brown has continued to grow with every novel."—Dallas Morning News

"A novelist who can't write them fast enough."—San Antonio Express-News

"Brown has few to envy among living authors."—Kirkus Reviews