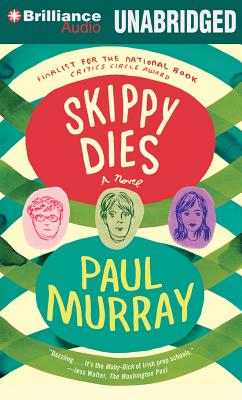 By Paul Murray, John Keating (Read by), Paul Nugent (Read by)
Not available to order

Or could "the Automator"--the ruthless, smooth-talking principal intent on modernizing the school--have something to hide?

Why Skippy dies and what happens next is the subject of this dazzling and uproarious novel, unraveling a mystery that links the boys of Seabrook College to their parents and teachers in ways nobody could have imagined. With a cast of characters that ranges from the hip-hop-loving Eoin "MC Sexecutioner" Flynn to the basketball-playing midget Philip Kilfether, and packed with questions and answers on everything from Ritalin to M-theory to bungee jumping to the hidden meaning of the poetry of Robert Frost, Skippy Dies is a heartfelt, hilarious portrait of the pain, joy, and occasional beauty of adolescence, and a tragic depiction of a world always happy to sacrifice its weakest members. As the twenty-first century enters its teenage years, this is a breathtaking novel from a young writer who will come to define his generation.