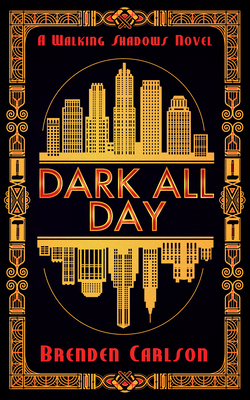 In an alternate 1933, a sleuth and his robot partner are pitched in a legal battle that will decide the fate of the world's machine population. "This writer is definitely one to watch" (The Globe and Mail)

Six months after an investigation nearly put Elias Roche behind bars, the former cop turned mob enforcer has endeavored to separate himself from his past by going straight. Now an actual detective, his attempts to build himself a quiet life have so far yielded promise. However, with Manhattan's Lower City in the midst of a reignited mob war, he's called to the Upper City to investigate not only a missing scientist, but also the first murder on the Plate. The catch? The prime suspect is an Automatic named Charles, a Blue-eye scientifically proven to be incapable of murder.

Reuniting with his old Automatic partner Allen and reporter-turned-hitman Simone, Elias must search for the truth amid a web of conspiracy and lies. While failure will result in the eradication of Automatics in America and cripple the megacorporation hiring his services, success could uncover truths no one is ready to face. Truths about the city, Allen's past, and which side they're truly fighting for.

Brenden Carlson is a chemist and freelance writer. He lives in St. Catharines, Ontario.