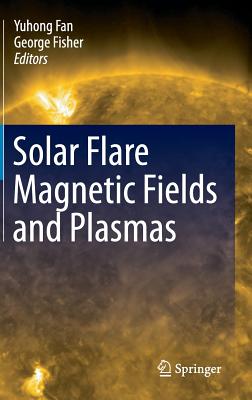 Yuhong Fan is currently a senior scientist at the High Altitude Observatory (HAO), National Center for Atmospheric Research (NCAR) in Boulder, Colorado. She received a B.Sc. in Space Physics from Peking University, China, in 1989, and a Ph.D in Astronomy from the Institute for Astronomy at the University of Hawaii in 1993. She did her postdoctoral research at the National Solar Observatory in Tucson and at the Joint Institute of Laboratory Astrophysics, University of Colorado at Boulder. She joined the scientific staff of HAO/NCAR in 1998. Dr. Fan's research has focused on MHD modeling of the generation and rise of magnetic fields in the solar interior, the emergence of active region flux tubes into the solar atmosphere and the evolution of the coronal magnetic fields that result in flares and coronal mass ejections. She has also worked on helioseismic investigation of solar subsurface meridional flows and the interaction between solar p-mode waves and sunspots. She has published 55 refereed articles with total citations of over 2000. She received the Donald E. Billings Award in Astro-Geophysics Research for her doctoral thesis research, and currently serves as the secretary of the Solar Physics Division of the American Astronomical Society. George H. Fisher received his Ph.D in Physics in 1984 from UC San Diego. He has worked in the field of Solar Physics for the past 27 years, specializing initially in the areas of magnetohydrodynamics in the solar interior and gas dynamics and radiation processes in the solar atmosphere. Later, he worked on the dynamics of magnetic fields in the solar interior with colleagues Yuhong Fan, Dana Loncope, Mark Linton, Bill Abbett and others. His recent interests include determining flow-fields and electric fields in the solar atmosphere from magnetic field observations. Dr. Fisher is the head of the Solar Physics Theory group at the Space Sciences Laboratory at the University of California, Berkeley, which currently consists of five full-time scientists and a postdoctoral fellow.