The Right Side of Wrong (Hardcover) 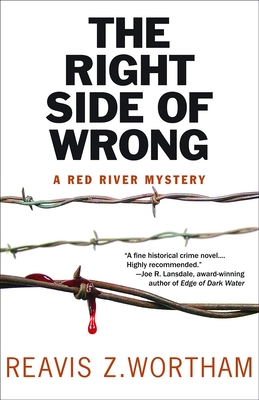 By Reavis Wortham
Unavailable. Orders will be auto-cancelled.

This is book number 3 in the Red River Mysteries (Hardcover) series.

"A sleeper that deserves wider attention." --The New York Times

As 1965 draws to a close, Constable Cody Parker of Center Springs, Texas, has a frightening sense of gathering storm clouds. His dreams prove accurate when he is ambushed and nearly killed on a lonely country road during an unusually heavy snowfall. The attack leads locals to worry that a terrifying killer known as "The Skinner" has returned.

As his nephew, Cody, recovers, Constable Ned Parker struggles to connect a seemingly unrelated series of murders, and the people of northeast Texas wonder why their once peaceful community has suddenly become a dangerous place to live.