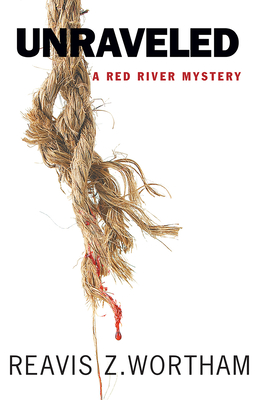 This is book number 6 in the Texas Red River Mysteries series.

"Not only does Wortham write exceptionally well, but he somehow manages to infuse Unraveled with a Southern gothic feel that would make even William Faulkner proud… A hidden gem of a book that reads like Craig Johnson's Longmire mysteries on steroids." —The Providence Journal

Blending the racial topicality of the Sixties crime classic In the Heat of the Night with the coming-of-age poignancy of To Kill a Mockingbird, Unraveled presents a gripping investigation into the extremes of human nature—both at its most repulsive and at its redemptive best.

It's 1968; a time of race riots across America, the assassination of Dr. Martin Luther King in Memphis, and polarizing demonstrations at the Democratic National Convention in Chicago. In the rural Northeast Texas community of Center Springs, a car lunges through the guard rails on Highway 271's tightest curve and flings its two occupants down the new Lake Lamar Dam. What stuns the town's residents isn't the tragic accident but the identities of the two victims: Mayor Frank Clay, a white man, and Maggie Mayfield, a black woman who worked in his office. Each of them married to other people. What were they doing in Frank's car together?

Living with his grandparents, Ned and Miss Becky, in a little farmhouse near the Red River, fourteen-year-old Top Parker finds himself caught up in another adult situation. The war escalating between the Clays and the Mayfields is frightening in its intensity. More horrifying is a man calling himself the Wraith, who moves through the region at will, invading homes and watching the Parkers. The Wraith has his own deadly agenda. And it soon becomes clear to Top that, for some reason, he is part of it.

"Not only does Wortham write exceptionally well, but he somehow manages to infuse Unraveled with a Southern gothic feel that would make even William Faulkner proud…A hidden gem of a book that reads like Craig Johnson’s Longmire mysteries on steroids." — The Providence Journal

"Readers who hang on for 200-plus pages…will be treated to a stunning finale, first in an evil fun house, then on a long stretch of oil-slick highway." — Don Crinklaw, Booklist

"The book's strength lies in Wortham’s ability to construct a world; it doesn't take long for readers to feel like kinfolk." — Cevin Bryerman, Publishers Weekly

" The more I read of Reavis Wortham’s books, the more impressed I am by his abilities as a writer…His understanding of family feuds, how they start and how they hang on long past their expiration date, is vital to the story line. Wortham’s skill as a plotter is demonstrated as well. He’s very good at what he does, and his books are well worth reading. " — Reviewing the Evidence