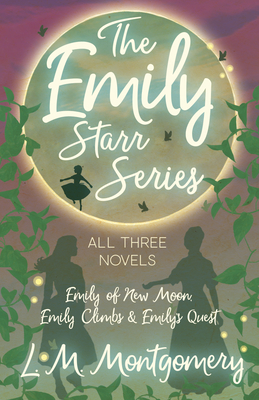 This series tells the story of an orphaned girl using her wit and courage to face the harsh world she finds herself in. Emily grows from childhood to adulthood over the course of the three books. Written by Lucy Maud Montgomery, the Canadian author who is perhaps best known for her novel 'Anne of Green Gables.' A fascinating novel of the period that is still an interesting and entertaining read today.

Lucy Maud Montgomery was born on 30th November 1874, New London, in the Canadian province of Prince Edward Island. Her mother, Clara Woolner (Macneil), died before Lucy reached the age of two and so she was raised by her maternal grandparents in a family of wealthy Scottish immigrants. In 1908 Montgomery produced her first full-length novel, titled 'Anne of Green Gables'. It was an instant success, and following it up with several sequels, Montgomery became a regular on the best-seller list and an international household name.