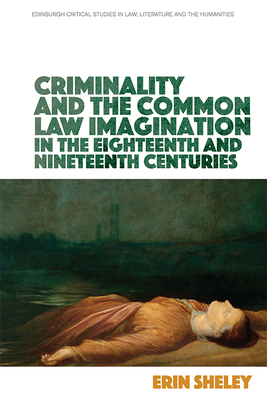 By accessing penal history through the mediator of individual memory authors can be seen to depict the cumulative dialogue between the English common law and its cultural representations across historical time. Offering legal readings of works by authors including Thomas Hardy, Charles Brockden Brown, Charles Dickens, Samuel Richardson, George MacDonald, Charles Kingsley, Alfred Tennyson, Charlotte Bront , Robert Browning, Henry Fielding and Sir Walter Scott; this book explores this literary phenomenon and its legal significance during the eighteenth and nineteenth centuries. In doing so it argues that the importance of precedent in Anglo-American common law creates a unique discourse of historical legitimacy that shapes both the cultural and official conceptions of criminality itself during this period. Within a Foucauldian framework, the book illustrates how the cultural memory of crime and punishment contribute to the development of formal and informal penal institutions.

*Generates a new framework for analysing the relationship between individual and cultural narratives, literary texts, and the cumulative truth created by the common law

*Provides three case studies of adultery, child criminality, and rape testimony that demonstrate the impact of cultural narrative on legal development in the eighteenth and nineteenth centuries.

Erin Sheley is Assistant Professor in the Faculty of Law at the University of Calgary. Erin's research considers how the law should account for subjective narratives in evaluating criminal and tort harm. She has contributed articles to various journals including the Journal of Criminal Law and Criminology, the Harvard Journal of Law and Public Policy, Law, Culture, and the Humanities and Law and Literature.