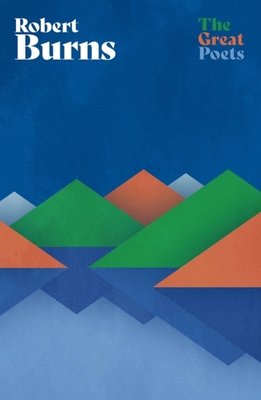 'Oh would some power the gift give us, to see ourselves as others see us!' Robert Burns

Robert Burns, poet and lyricist, also known as Rabbie Burns, is widely regarded as the National Poet of Scotland - and much of his work has become part of everyday modern language:

Often credited with writing the lyrics for Auld Lang Syne, he almost single-handedly inspired the movement that preserved Scottish music and lyrics which had been handed down the generations vocally for centuries, thereby maintaining Scots culture and language.

A cultural icon and pioneer of the Romantic movement, Burns was chosen as the greatest Scot in a 2009 poll. This collection includes some of his best-loved, most beautiful work.

Robert Burns (1759-1796) was chosen as the greatest Scot in a 2009 TV vote. He is widely regarded as the national poet of Scotland, and credited with writing the words for Auld Lang Syne. In fact, he was responsible for collecting many songs and lyrics handed down through the centuries, thus preserving Scottish language and culture. He continues to be a cultural icon and inspiration to artists in all creative fields.