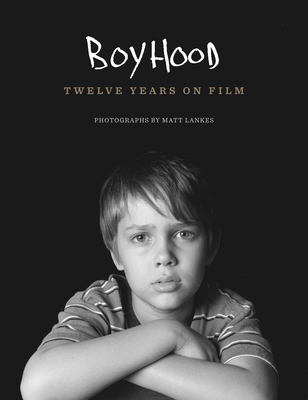 In 2002, director Richard Linklater and a crew began filming the "Untitled 12-Year Project." He cast four actors (Patricia Arquette, Ethan Hawke, Ellar Coltrane, and Lorelei Linklater) in the role of a family and filmed them each year over the next dozen years. Supported by IFC Productions, Linklater, cast, and crew began the commitment of a lifetime that became the film Boyhood. Seen through the eyes of a young boy in Texas, Boyhood unfolds as the characters--and actors--age and evolve, the boy growing from a soft-faced child into a young man on the brink of his adult life, finding himself as an artist. Photographer Matt Lankes captured the progression of the film and the actors through the lens of a 4 x 5 camera, creating a series of arresting portraits and behind-the-scenes photographs. His work documents Linklater's unprecedented narrative that used the real-life passage of years as a key element in the storytelling. Just as Boyhood the film calls forth memories of childhood and lures one to a place of self-reflection, Boyhood: Twelve Years on Film presents an honest collection of faces, placed side-by-side, that chronicles the passage of time as the camera connects with the cast and crew on an intimate level. Revealing, personal recollections by the actors and filmmakers accompany the photographs.