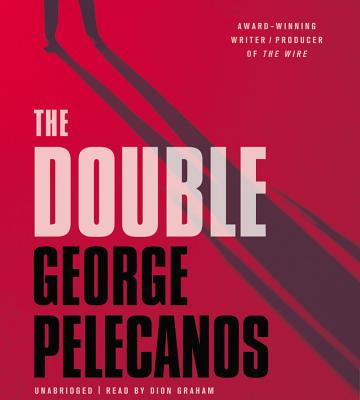 By George P. Pelecanos, Dion Graham (Read by)
$30.00
It's complicated, and may be unavailable. Place an order and we will contact you with the expected arrival date.

Every man has his dark side...Spero Lucas confronts his own in the most explosive thriller yet from one of America's best-loved crime writers.

The job seems simple enough: retrieve the valuable painting--"The Double"--Grace Kinkaid's ex-boyfriend stole from her. It's the sort of thing Spero Lucas specializes in: finding what's missing, and doing it quietly. But Grace wants more. She wants Lucas to find the man who humiliated her--a violent career criminal with a small gang of brutal thugs at his beck and call.

George Pelecanos is the author of several highly praised and bestselling novels, including The Cut, What It Was, The Way Home, The Turnaround, and The Night Gardener. He is also an independent-film producer, an essayist, and the recipient of numerous international writing awards. He was a producer and Emmy-nominated writer for The Wire and currently writes for the acclaimed HBO series Treme. He lives in Maryland.