The Plea of Innocence: Restoring Truth to the American Justice System (Hardcover) 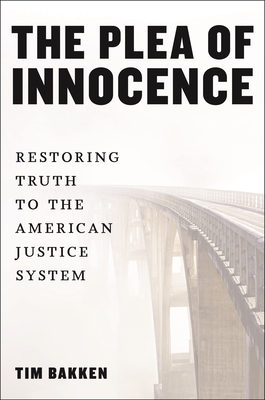 We rely on the adversarial legal system to hold offenders accountable, ensure everyone is playing by the same rules, and keep our streets safe. Unfortunately, a grave condition lingers under the surface: at all times the imprisonment of possibly tens of thousands of innocent people. The Plea of Innocence offers a fundamental reform of the adversarial system: plausibly innocent people may now plead innocent and require the government to search for exonerating facts; in return, they will be required to waive their right to remain silent, speak to government agents, and participate in a search for truth. While almost all the participants within the system hope that only guilty people will be convicted, the unfortunate reality is that innocent people are convicted and imprisoned at an alarming rate. With the privatization of defense institutions, accused innocent people are themselves responsible for finding the facts that could exonerate them. Though the poor are represented by public defenders--in fact, almost no one who is charged with a crime has enough money to pay for a complete defense--it is still accused people, not public officials, who bear the entire burden of proving their innocence. Tim Bakken believes that reform of the three-hundred-year-old adversarial system is long overdue, and that the government should be responsible for searching for truth--exonerating facts for innocent people--rather than being satisfied with due process. While it is improbable that all the facts in any case will ever be known, the essential point is that the acquisition of facts will almost always benefit an innocent person who has been accused of a crime. Featuring compelling evidence and concrete steps for reform, The Plea of Innocence is at once sensible and revolutionary, a must-read for anyone invested in restoring truth to the justice system.

Tim Bakken is the first civilian promoted to Professor of Law at West Point, the United States Military Academy. He practiced law in New York City, including as a prosecutor in Brooklyn (Kings County District Attorney's office). His most recent book is The Cost of Loyalty: Dishonesty, Hubris, and Failure in the U.S. Military.