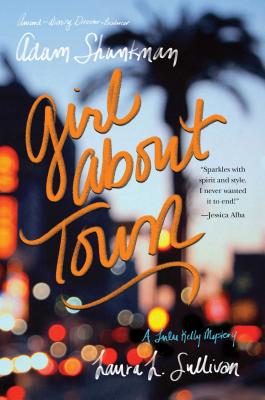 Not too long ago, Lucille O’Malley was living in a tenement in New York. Now she’s Lulu Kelly, Hollywood’s newest It Girl. She may be a star, but she worries that her past will catch up with her. Back in New York she witnessed a Mafia murder, and this glamorous new life in Tinseltown is payment for her silence.

Dashing Freddie van der Waals, the only son of a New York tycoon, was a playboy with the world at his feet. But when he discovered how his corrupt father really made the family fortune, Freddie abandoned his billions and became a vagabond. He travels the country in search of redemption and a new identity, but his father will stop at nothing to bring him home.

When fate brings Lulu and Freddie together, sparks fly—and gunshots follow. Suddenly Lulu finds herself framed for attempted murder. Together, she and Freddie set out to clear her name. But can they escape their pasts and finally find the Hollywood ending they long for?

“Cinematic pacing, a compelling whodunit, and the glitzy aura of golden age Hollywood combine in this star-studded novel. . . . The authors’ knack for snappy dialogue is just the tops.”
— Booklist