Murder among the Stars: A Lulu Kelly Mystery (Paperback) 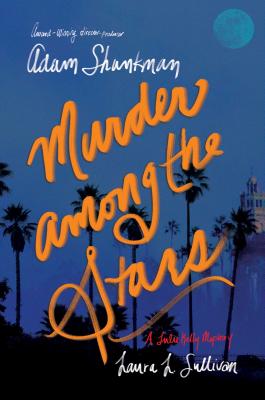 A murderer is picking off the young Hollywood starlets gathered at the swanky Hearst Castle, and Lulu Kelly might be next—unless she can find the killer first in this glitzy, glamorous, and cinematic sequel to acclaimed film producer/director Adam Shankman and coauthor Laura Sullivan’s Girl About Town.

After being framed for attempted murder, Lulu Kelly has earned a rest. Unfortunately, there is no rest in Hollywood for a rising starlet. Lulu and her boyfriend Freddie are invited to posh Hearst Castle, where Lulu will be competing against other young actresses for the role of a lifetime. But what’s a house party without a little murder?

When a rival actress is found dead under the dining room table, Lulu makes it her mission to solve the mystery. But illusion is this town’s number one export, and it’s hard to tell the ambitious from the truly evil. As the clues pile up, Lulu and Freddie race to find the killer, even as Lulu becomes the next target.

“Lulu and Freddie . . . are clever amateur sleuths, enjoyably characterized by snappy dialogue and quick wit . . . this fast-moving homage to the glamour of Old Hollywood is just the ticket for readers looking for a cozy historical mystery.”
— Booklist