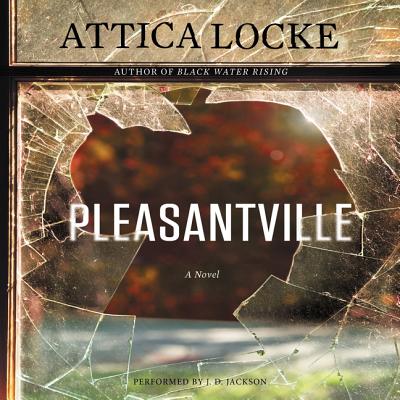 By Attica Locke, J. D. Jackson (Read by)
$44.99
Backordered. Place an order and we will let you know when to expect your book.

LONGLISTED FOR THE BAILEY'S WOMEN'S PRIZE FOR FICTION

From Attica Locke, a writer and producer of FOX's Empire, this sophisticated thriller sees lawyer Jay Porter--hero of her bestseller Black Water Rising--return to fight one last case, only to become embroiled in a dangerous game of shadowy politics and a witness to how far those in power are willing to go to win.

Fifteen years after his career-defining case against Cole Oil, Jay Porter is broke and tired. That victory might have won the environmental lawyer fame, but thanks to a string of appeals, he hasn't seen a dime. His latest case--representing Pleasantville in the wake of a chemical fire--is dragging on, shaking his confidence and raising doubts about him within this upwardly mobile black community on Houston's north side. Though Jay still believes in doing what's right, he is done fighting other people's battles. Once he has his piece of the settlement, the single father is going to devote himself to what matters most--his children.

His plans are abruptly derailed when a female campaign volunteer vanishes on the night of Houston's mayoral election, throwing an already contentious campaign into chaos. The accused is none other than the nephew and campaign manager of one of the leading candidates--a scion of a prominent Houston family headed by the formidable Sam Hathorne. Despite all the signs suggesting that his client is guilty--and his own misgivings--Jay can't refuse when a man as wealthy and connected as Sam asks him to head up the defense. Not if he wants that new life with his kids. But he has to win.

Plunging into a shadowy world of ambitious enemies and treacherous allies armed with money, lies, and secrets, Jay reluctantly takes on his first murder trial--a case that will put him and his client, and an entire political process, on trial.