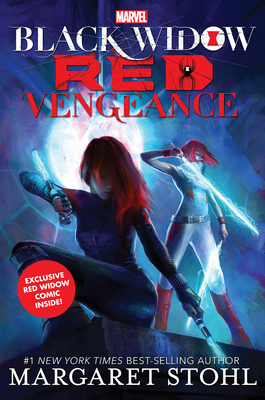 The Avengers'' iconic master spy is back, and she''s seeing red.Emotions are dangerous, which is why the graduates of Moscow''s famed spy school the Red Room are taught to keep their enemies close and their loved ones at a distance. Black Widow and Red Widow, also known as Natasha Romanoff and Ava Orlova, forgot that lesson once, and they won''t forget it again.But the Widows have inherited something else from their shared Moscow past: a relentless need for vengeance. Ivan Somodorov is dead, but his network of terror remains.While the Widows search South America in order to extinguish a smuggling operation with ties to their old nemesis, their own Red Room not only attempts to assassinate them both but also hacks their secure S.H.I.E.L.D. network. As a result, Ava and Natasha find themselves thrust into a trying mission of international intrigue that takes them throughout the world and back to New York City, where their friends Dante and Sana become unlikely targets as well.Once again, nothing is as it seems, no one can be trusted, and no one is safe—not unless the Widows can stop a conspiracy involving stolen nuclear warheads, mind-altering chemical weapons, and ultimately, betrayal by old friends and enemies alike.
Complete your Marvel YA collection with these best-selling fan-favorite novels:

Margaret Stohl is the #1 New York Times best-selling co-author of the Beautiful Creatures series. Her solo books include Icons, Idols, and Black Widow: Forever Red. Before writing her first novel, Stohl was a veteran of the video-game industry, working with Activision (now Activision Blizzard) and Westwood Studios (now Electronic Arts). Margaret later became a cofounder of 7 Studios with her husband, Lewis Peterson. She has previously been nominated for Most Innovative Game Design at the Game Developers Conference. She lives in Santa Monica, California with her husband and daughters.

"Action-packed, with international travel, political intrigue, and strong female protagonists, this title will not disappoint fans and will leave readers eager for the next installment."