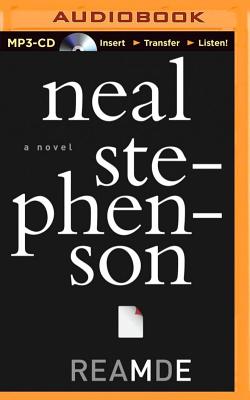 "Stephenson has a once-in-a-generation gift: he makes complex ideas clear, and he makes them funny, heartbreaking, and thrilling."
--Time

The #1 New York Times bestselling author of Anathem, Neal Stephenson is continually rocking the literary world with his brazen and brilliant fictional creations--whether he's reimagining the past (The Baroque Cycle), inventing the future (Snow Crash), or both (Cryptonomicon). With Reamde, this visionary author whose mind-stretching fiction has been enthusiastically compared to the work of Thomas Pynchon, Don DeLillo, Kurt Vonnegut, and David Foster Wallace--not to mention William Gibson and Michael Crichton--once again blazes new ground with a high-stakes thriller that will enthrall his loyal audience, science and science fiction, and espionage fiction fans equally. The breathtaking tale of a wealthy tech entrepreneur caught in the very real crossfire of his own online fantasy war game, Reamde is a new high--and a new world--for the remarkable Neal Stephenson.