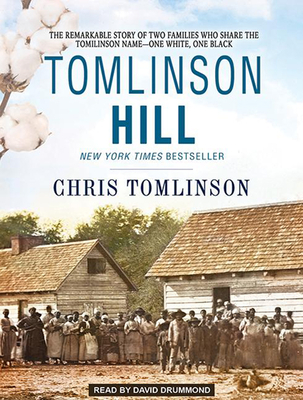 By Chris Tomlinson, David Drummond (Narrated by)
$44.99
Out of Stock; Usually Arrives in 2-5 Days

Journalist Chris Tomlinson grew up hearing stories about his family's abandoned cotton plantation in Falls County, Texas. Most of the tales lionized his white ancestors for pioneering along the Brazos River. His grandfather often said the family's slaves loved them so much that they also took Tomlinson as their last name. LaDainian Tomlinson, football great and former running back for the San Diego Chargers, spent part of his childhood playing on the same land that his black ancestors had worked as slaves. As a child, LaDainian believed that the Hill was named after his family. Not until he was old enough to read a historical plaque did he realize that the Hill was named for his ancestor's slaveholders. A masterpiece of authentic American history, Tomlinson Hill traces the true and very revealing story of these two families. From the beginning in 1854-when the first Tomlinson, a white woman, arrived-to 2007, when the last Tomlinson, LaDainian's father, left, the book unflinchingly explores the history of race and bigotry in Texas. Along the way, it also manages to disclose a great many untruths that are latent in the unsettling and complex story of America.