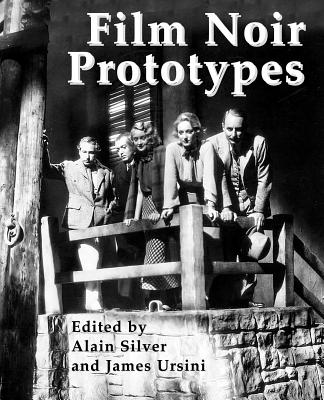 Film noir is one of the most enduring and popular genres in cinema. But it did not spring up spontaneously, fully formed. Rather, its origins can be traced to sources as varied as Victorian literature, German Expressionism, and American art and photography. In this comprehensive collection of essays that's packed with illustrations and artwork, a team of eminent scholars and film writers present thorough analyses of the influence of prototypes on the classic period of film noir. Some essays focus on particularly influential genres, such as the rogue cop film and gothic thrillers; while others discuss the choices of individual filmmakers, including John Ford and Alfred Hitchcock, in their most well-loved films. The editors and all of the featured contributors - Sheri Chinen Biesen, Todd Erickson, Richard Edwards, Julie Grossman, Robert Miklitsch, Homer Pettey, Robert Porfirio, Tom Ryall, Marlisa Santos, Jesse Schlotterbeck, and Tony Williams - are noted scholars in the field of film noir, most of whom have written book-length studies of their own. From the gangster and horror genres to social realism and Hitchcock's spy films of the 1930s, Film Noir Prototypes offers compelling accounts of the genre's influences. As befits the topic, over 300 illustrations keyed to the text capture the richness and breadth of the classic period's imagery.