Chariot on the Mountain (Hardcover) 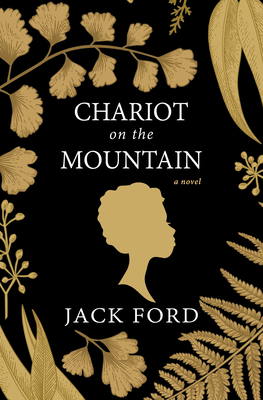 Based on little-known true events, this astonishing account from Emmy and Peabody Award-winning journalist Jack Ford vividly recreates a treacherous journey toward freedom, a time when the traditions of the Old South still thrived—and is a testament to determination, friendship, and courage . . .

Two decades before the Civil War, a middle-class farmer named Samuel Maddox lies on his deathbed. Elsewhere in his Virginia home, a young woman named Kitty knows her life is about to change. She is one of the Maddox family’s slaves—and Samuel’s biological daughter. When Samuel’s wife, Mary, inherits her husband’s property, she will own Kitty, too, along with Kitty’s three small children.

Already in her fifties and with no children of her own, Mary Maddox has struggled to accept her husband’s daughter, a strong-willed, confident, educated woman who works in the house and has been treated more like family than slave. After Samuel’s death, Mary decides to grant Kitty and her children their freedom, and travels with them to Pennsylvania, where she will file papers declaring Kitty’s emancipation. Helped on their perilous flight by Quaker families along the Underground Railroad, they finally reach the free state. But Kitty is not yet safe.

Dragged back to Virginia by a gang of slave catchers led by Samuel’s own nephew, who is determined to sell her and her children, Kitty takes a defiant step: charging the younger Maddox with kidnapping and assault. On the surface, the move is brave yet hopeless. But Kitty has allies—her former mistress, Mary, and Fanny Withers, a rich and influential socialite who is persuaded to adopt Kitty’s cause and uses her resources and charm to secure a lawyer. The sensational trial that follows will decide the fate of Kitty and her children—and bond three extraordinary yet very different women together in their quest for justice.

Jack Ford has been an American news personality for over two decades. Following his early career as a prominent trial attorney, he transitioned to television news and has worked as an anchor/correspondent for Court TV, NBC News, ABC News, and CBS News. He has received two Emmy Awards, a Peabody Award, an American Radio and Television Award, a National Headliner Award, and the March of Dimes FDR Award. A graduate of Yale University and Fordham University School of Law, he is a visiting lecturer at Yale, NYU, and the University of Virginia, where he teaches a seminar on famous trials.

“Jack Ford has taken a true, haunting and underappreciated event from our nation's past and created a page turning novel that is equal parts disturbing, inspiriting and thrilling…Coming from one of this country's most well respected legal minds, Kitty's stunning journey, legal maneuvers and ultimately the trial portions, pop off the pages with a compelling clarity that only someone like Ford can provide. Kitty and her two saviors Mary and Fanny are characters whose actions, in the end, should inspire all of us to do more and better.” —Dan Abrams, ABC News Chief Legal Affairs Anchor

“This is a book that once again makes history come alive; the courtroom scene is reminiscent of To Kill a Mockingbird, albeit in a time and in a tradition of the old south some 100 years earlier. It is both a reminder and a tonic for the times we are once again living through as a nation…The book is a page turner. I urge you to read it, share it, recommend it and promote it.” —David Cully, President of Baker & Taylor

“It’s very rare indeed that a storyteller finds his own perfect tale.  But in Chariot on the Mountain, Jack Ford, noted legal historian, journalist, and former trial attorney, conjures up in rapid-fire, muscular prose the haunting, historic tale of “Princess Kitty,” a young, defiant slave in rural Virginia of 1846, who sues a white man over her freedom and wins.” —Jerome Charyn, author of Jerzy

“A tautly plotted, swiftly moving tale that throws light on the complex connections between kinship, conscience, and justice during slavery.” —Sabra Waldfogel, author of Sister of Mine

“Jack Ford crafts a harrowing tale of flight and fear, at the same time he conveys the longing for liberty that persevered in the face of threats, intimidation and extreme reversals of fortune. And he reminds us of the toxic legacy of human bondage, through one woman’s fierce determination that it will not be visited on her children, and her embrace of American law in the fight to secure her freedom. This is ultimately a story of friendship, across class and color lines—perfect for our current moment, bringing us face-to-face with our country’s past, as we seek to redeem our future.”  —Jami Floyd, Host, All Things Considered, WNYC New York Public Radio

“[A] suspenseful and affecting novel from Ford…The climax of the book is a riveting 1846 court case – the first in history in which a slave brings a lawsuit against a white man…The author adeptly depicts a little-known slice of American legal history .” —Publishers Weekly