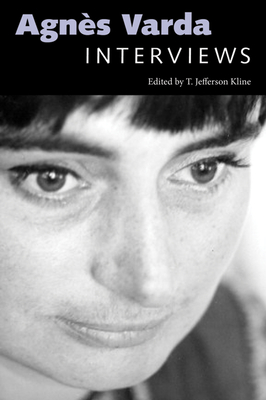 Over nearly sixty years, Agn's Varda (b. 1928) gave interviews that are revealing not only of her work, but of her remarkably ambiguous status. She has been called the "Mother of the New Wave" but suffered for many years for never having been completely accepted by the cinematic establishment in France. Varda's first film, La Pointe Courte (1954), displayed many of the characteristics of the two later films that launched the New Wave, Truffaut's 400 Blows and Godard's Breathless. In a low-budget film, using (as yet) unknown actors and working entirely outside the prevailing studio system, Varda completely abandoned the "tradition of quality" that Truffaut was at that very time condemning in the pages of Cahiers du cin ma. Her work, however, was not "discovered" until after Truffaut and Godard had broken onto the scene in 1959. Varda's next film, Cleo from 5 to 7, attracted considerably more attention and was selected as France's official entry for the Festival in Cannes. Ultimately, however, this film and her work for the next fifty years continued to be overshadowed by her more famous male friends, many of whom she mentored and advised. Her films have finally earned recognition as deeply probing and fundamental to the growing awareness in France of women's issues and the role of women in the cinema. "I'm not philosophical," she says, "not metaphysical. Feelings are the ground on which people can be led to think about things. I try to show everything that happens in such a way and ask questions so as to leave the viewers free to make their own judgments." The panoply of interviews here emphasize her core belief that "we never stop learning" and reveal the wealth of ways to answer her questions. T. Jefferson Kline, Brookline, Massachusetts, is professor of French at Boston University. He is the author of several books, including Unraveling French Cinema: From L' Atalante to Cach , and he is coeditor of Bernardo Bertolucci: Interviews (University Press of Mississippi).

T. Jefferson Kline is professor emeritus of French at Boston University. He has written five books on French cinema, film, and intertextuality in screenplay. He is coeditor of Bertrand Tavernier: Interviews and Bernardo Bertolucci: Interviews, both published by University Press of Mississippi.