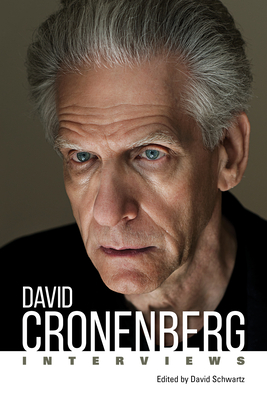 From his early horror movies, including Scanners, Videodrome, Rabid, and The Fly--with their exploding heads, mutating sex organs, rampaging parasites, and scientists turning into insects--to his inventive adaptations of books by William Burroughs (Naked Lunch), Don DeLillo (Cosmopolis), and Bruce Wagner (Maps to the Stars), Canadian director David Cronenberg (b. 1943) has consistently dramatized the struggle between the aspirations of the mind and the messy realities of the flesh. "I think of human beings as a strange mixture of the physical and the non-physical, and both of these things have their say at every moment we're alive," says Cronenberg. "My films are some kind of strange metaphysical passion play." Moving deftly between genre and arthouse filmmaking and between original screenplays and literary adaptations, Cronenberg's work is thematically consistent and marked by a rigorous intelligence, a keen sense of humor, and a fearless engagement with the nature of human existence. He has been exploring the most primal themes since the beginning of his career and continues to probe them with growing maturity and depth. Cronenberg's work has drawn the interest of some of the most intelligent contemporary film critics, and the fifteen interviews in this volume feature remarkably in-depth and insightful conversations with such acclaimed writers as Amy Taubin, Gary Indiana, David Breskin, Dennis Lim, Richard Porton, Gavin Smith, and more. The pieces herein reveal Cronenberg to be one of the most articulate and deeply philosophical directors now working, and they comprise an essential companion to an endlessly provocative and thoughtful body of work.

David Schwartz is manager of theatrical programming for Netflix, overseeing the Paris Theater in Manhattan. He was chief curator at the Museum of the Moving Image and received a special award from the New York Film Critics Circle for his thirty-three-year tenure there. He has been a professor of film history at Purchase College and New York University.