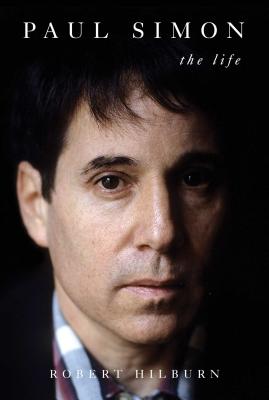 By Robert Hilburn
$30.00
Not available to order.

For more than fifty years, Paul Simon has spoken to us in songs about alienation, doubt, resilience, and empathy in ways that have established him as one of the most beloved artists in American pop music history. Songs like “The Sound of Silence,” “Bridge Over Troubled Water,” “Still Crazy After All These Years,” and “Graceland” have moved beyond the sales charts and into our cultural consciousness. But Simon is a deeply private person who has resisted speaking to us outside of his music. He has said he will not write an autobiography or memoir, and he has refused to talk to previous biographers.

Finally, Simon has opened up—for more than one hundred hours of interviews—to Robert Hilburn, whose biography of Johnny Cash was named by Michiko Kakutani of the New York Times as one of her ten favorite books of 2013. The result is a landmark book that will take its place as the defining biography of one of America’s greatest artists.

It begins in Kew Gardens Hills, Queens, where, raised by a bandleader father and schoolteacher mother, Simon grew up with the twin passions of baseball and music. The latter took over at age twelve when he and schoolboy chum Art Garfunkel became infatuated with the alluring harmonies of doo-wop. Together, they became international icons, and then Simon went on to even greater artistic heights on his own. But beneath the surface of his storied five-decade career is a roller coaster of tumultuous personal and professional ups and downs. From his remarkable early success with Garfunkel to their painfully acrimonious split; from his massive early hits as a solo artist to the wrenching commercial failures of One-Trick Pony and Hearts and Bones; from the historic comeback success of Graceland and The Rhythm of the Saints to the star-crossed foray into theater with The Capeman and a late-career creative resurgence—his is a musical life unlike any other.

Over the past three years, Hilburn has conducted in-depth interviews with scores of Paul Simon’s friends, family, colleagues, and others—including ex-wives Carrie Fisher and Peggy Harper, who spoke for the first time—and even penetrated the inner circle of Simon’s long-reclusive muse, Kathy Chitty. The result is a deeply human account of the challenges and sacrifices of a life in music at the highest level. In the process, Hilburn documents Simon’s search for artistry and his constant struggle to protect that artistry against distractions—fame, marriage, divorce, drugs, record company interference, rejection, and insecurity—that have derailed so many great pop figures.

Paul Simon is an intimate and inspiring narrative that helps us finally understand Paul Simon the person and the artist. “With train-wreck moments and tender interludes alike, it delivers a sharply detailed Kodachrome of a brilliant musician” (Kirkus Reviews).

Robert Hilburn was the chief pop music critic for the Los Angeles Times for more than three decades. Author of the bestselling biography Johnny Cash: The Life, which Michiko Kakutani of the New York Times selected as one of her top ten books of 2013, Hilburn has reported extensively on most of pop music’s giants, including Bob Dylan, John Lennon, Joni Mitchell, Leonard Cohen, Michael Jackson, Bruce Springsteen and U2. He lives in Los Angeles.

“Hilburn evokes the singer-songwriter here in all his melancholy and sweet-natured splendor. Stories of Simon’s hits and flops, insecurities, three marriages, perfectionist dad, and frenemy Art Garfunkel make the book as engaging as a lively American tune.”
—People magazine

“A straight-shooting tour de force . . . Like Simon, Hilburn’s passion is music, and he makes clear that Simon’s is very much a life in and of music—a drive for aesthetic achievement, deeply serious in the studio and onstage. . . . Hilburn does thorough justice to this American prophet and pop star.”
—USA Today (four stars out of four stars)

“Every now and then—rarely!—a book casts a little light on the creative development of a gifted artist. Paul Simon: The Life is one of those few. Read it if you like Simon; read it if you want to discover how talent unfolds itself.”
—Stephen King

“Absorbing . . . . Hilburn’s biography flows smoothly along on the river of his liquid prose. He excels at telling stories because he pays attention to details and facts, never overwhelming readers with the mundane, but always making sure that the stories rest on a solid foundation. . . . A sprawling, sparkling narrative of a songwriter who has shaped the canon of popular music with his inventive, sometimes playful, and discerning poetry.”
—No Depression

“Up-to-date and scrupulously researched . . . The timing is perfect . . . . I grew more sympathetic with Paul Simon the deeper I got into this book.”
—The Wall Street Journal

“Eloquent and comprehensive . . . Not only examines the personal life and professional career of the great American singer-songwriter, but also the artistic process at work.”
—The Globe and Mail

“Paul Simon is not an autobiography but it might as well be. . . . The result, happy to say, is the biography an artist like Paul Simon deserves; it takes its subject as seriously as Simon takes himself. . . . It is filled with more than enough anecdotes and factoids to please any fans.”
—The New York Journal of Books

“Thorough, balanced . . . Paul Simon reminds us how titanic this musician is.”
—The Washington Post

“Fans will relish reading the stories behind some of his most iconic tunes (he wrote "The Sound of Silence" with the lights out in his bathroom, mourning the assassination of JFK) and taking a deep dive into his remarkable career.”
—AARP Magazine

“Energetic and elegant . . . Hilburn’s brilliant and entertaining portrait of Simon will likely be the definitive biography.”
—Publishers Weekly (starred review)

“With train-wreck moments and tender interludes alike, a book that delivers a sharply detailed Kodachrome of a brilliant musician.”
—Kirkus Reviews

"Engrossing . . . Simon is revealed as sensitive yet tough, spontaneous yet controlled, as well as reflective, perceptive, and empathetic, but also judgmental, insecure, and extremely competitive. As a songwriter, he has earned a spot in the canon alongside Gershwin, Lennon-McCartney, and Dylan."
—Booklist

“In this detailed recounting of the life of Paul Simon, veteran biographer Robert Hilburn delivers a lively, eye-opening tale of the evolution of a doo-wop kid from Queens into an international musical phenomenon. Best of all, Hilburn’s telling runs at just the right pace as it brings us inside Simon’s personal life, as well as inside his music—often song by song—while illuminating Simon’s ingenious adaptations of music from all over the world.”
—Billy Collins

“Master storyteller and interviewer Robert Hilburn knows how to draw the best from an artist. The intimacy of these interviews gives Paul Simon: The Life the feel of Paul Simon’s best work, generous and witty and so rich in detail. It’ll send you back to the music with all these soul-stirring stories still in your heart.”
—Cameron Crowe

“There are two great storytellers colliding here. There’s no tougher a mind, no more tender a voice than Paul Simon, and there’s no better man than Robert Hilburn to decipher the hardwiring of this hyperintellect. From the prologue I was sucked in, suckered into a sense that I too might discover the genetic code of some of the greatest songs of any century. By the epilogue, you realize the great songs can never be fully explained, but the great man on his way to find those songs surely can.”
—Bono

“When it comes to writing songs, no one does it better than Paul Simon. Robert Hilburn’s is a wise and winning account of our most nimble, nuanced, and numinous poet-musician.”
—Paul Muldoon

“A tantalizing look into the mind and writing process of the man who is arguably the finest craftsman of the American popular song since the Gershwin brothers, this book will delight any Paul Simon fan or student of popular culture.”
—Linda Ronstadt

PRAISE FOR JOHNNY CASH: THE LIFE

“A thorough and thoughtful portrait of the Man in Black and a deep appreciation of his artistry . . . Hilburn writes most powerfully about Cash’s trajectory as an artist. . . . His writing is as authoritative as it’s engaging when he’s discussing the singer-songwriter’s music.” —Michiko Kakutani, New York Times

“An excellent biography . . . A story that’s both larger and more fascinating than the legend . . . Hilburn has created the definitive narrative of this ‘symbol of American honor, compassion and struggle.’ It’s a biography worthy of its subject.” —USA Today

“The result of Hilburn’s wrestling with his subject’s life and with his own moral compass is perhaps the richest biography of a musician I have ever read, and one of the best biographies I have read, period. . . . Hilburn knows how to organize a life in print skillfully. . . . Hilburn is a first-rate stylist. His sentences often sing.” —Atlanta Journal Constitution

“A comprehensive and thoughtful biography, cognizant always of how hard it is for heroes to make it in America . . . Hilburn does an artful, enviable job of reconciling all the facets [of Cash] . . . [and] writes with a remarkably steady hand. . . . Johnny Cash is measured and mindful, allowing of all the paradoxical bits that constitute a human life.” —Los Angeles Times

“Hilburn’s Johnny Cash: The Life is the big biography Cash’s fans have been waiting for since the singer’s death in 2003 and Hilburn doesn’t let them down.” —Jeff Baker, The Oregonian

“Do we really need another Johnny Cash book? Yes, we really do, as it turns out, because Johnny Cash is so very good. . . . Hilburn’s work is far and away the most insightful, entertaining, comprehensive, and well-told Cash biography to date.” —Slate

“It's a rare gift to be given the opportunity to step far back from the confusing miasma of one's own childhood to see the entire soaring arc of a parent's life, and to be able to look clear-eyed at the puzzle of his character and the kaleidoscope of pain and beauty. This is the breathtaking gift Robert Hilburn has given me in a definitive biography of my father that is excruciatingly honest, rigorously researched, and has the depth and integrity that his subject demands. I had to take many breaks while reading this book to assimilate all the stories I knew, but had never put in a narrative context, being claustrophobically close to not only the events themselves but the resonance of those events. I felt dizzy from the sense of time travel and from the odd notion that Hilburn's masterful organization of the paradoxes and the fullness of who Johnny Cash was--and is--satisfies not only my father's family and fans, but himself as well. To those who fiercely cling to a one-dimensional view of my father to satisfy their own ideals--dark or light, saint or sinner, right or left--I challenge them to read this book and begin to understand a far, far more interesting and complex man: a truly great, visionary artist, a deeply flawed human being capable of experiencing inconceivable amounts of both love and pain, and a huge spirit who now belongs to the ages.” —Rosanne Cash