A Song of Shadows: A Charlie Parker Thriller (Hardcover) 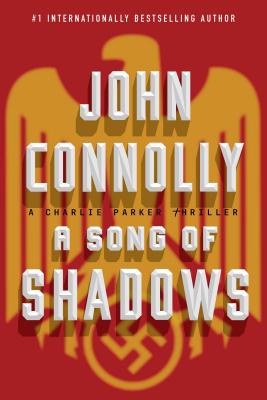 By John Connolly
Not available to order

This is book number 13 in the Charlie Parker series.

Still recovering from his life-threatening wounds, private detective Charlie Parker investigates a case that has its origins in a Nazi concentration camp during the Second World War.

Parker has retreated to the small Maine town of Boreas to regain his strength. There he befriends a widow named Ruth Winter and her young daughter, Amanda. But Ruth has her secrets. Old atrocities are about to be unearthed, and old sinners will kill to hide their sins. Now Parker is about to risk his life to defend a woman he barely knows, one who fears him almost as much as she fears those who are coming for her.

His enemies believe him to be vulnerable. Fearful. Solitary.

But they are wrong. Parker is far from afraid, and far from alone.

For something is emerging from the shadows . . .

John Connolly is the author of the Charlie Parker series of mystery novels, the supernatural collection Nocturnes, the Samuel Johnson Trilogy for younger readers, and (with Jennifer Ridyard) the Chronicles of the Invaders series. He lives in Dublin, Ireland. For more information, see his website at JohnConnollyBooks.com, or follow him on Twitter @JConnollyBooks.

"John Connolly should be a household name, a writer who blends deft plotting, thoughtful characterization and wry humor with gorgeous prose. His thrillers are something beyond the norm, a fusion of noir and horror that works seamlessly because of his remarkable talent. A brilliant novelist."

“Memorable . . . it takes readers on a path they truly won’t believe, offering diehard evil from the first to the last page . . . Connolly has once again delivered an all-out thrill ride!”
— Suspense Magazine

“Connolly’s superb fusion of noir and the supernatural is to be savored, and not to be missed.”
— My Bookish Ways

"Connolly infuses his thrillers with enough of the supernatural to please fans of both genres, but it’s his sense of humor, timeless characters, and impeccable writing that make his work worth reading."
— Kirkus (starred review)

"While Connolly’s readers can surely savor the many dark pleasures of “A Song of Shadows,” most will finish it wanting more. Not that the author has held anything back, but because the transformed Charlie Parker is so compelling. He is clearly destined for a ferocious showdown in the next novel, reportedly and tantalizingly titled “A Time of Torment."
— Portland Press Herald

"Parker is someone you'd want on your side, and it's pretty easy to picture him as an avenging angel--one that carries a flaming sword and wraps itself in tattered wings."
— The Life Sentence

"His world is populated with elements of 'unspeakable evil.' However, his stories offer philosophical and theological depths."
— Sacramento Bee

“Connolly so wonderfully and unerringly balances the mystery and the supernatural that if fans of either or both genres are not reading his books, they definitely are missing one of our finest practicing contemporary authors . . . .It just doesn't get any better than this.”
— Bookreporter.com

“‘Haunting’ really is the word for this series – if you haven't started it, start here; you'll be glad you did.”
— Sullivan County Democrat

“Parker fans will . . . hang on every word.”
— Suspense Magazine

“Connolly proves he’s a poet of the genre, delivering page-turning action on a wave of elegant and evocative prose.”
— Mystery Scene Magazine