The Infinite Blacktop: A Novel (Hardcover) 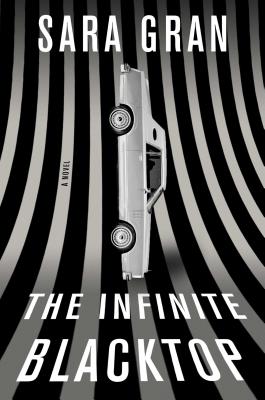 The “delicious and addictive” (Salon) Claire DeWitt series returns with a thrilling, noirish knockout of a novel that follows three separate narratives starring the self-proclaimed “world’s greatest detective.” As Cara Hoffman, author of Running, says, this “is a hard-boiled, existential masterpiece.”

Claire DeWitt, the world’s best private detective, wakes up one dark night in an ambulance in Oakland: someone has just tried to murder her. But she’s not dead. Not yet.

More sure of herself than of the police, Claire follows the clues on a 52-hour odyssey through shimmering Las Vegas and the shabby surrounding desert to find out who wants her dead. But in order to save herself, Claire will have to revisit her own complicated past as she navigates the present: a past of childhood obsessions, rival detectives, lost friends, and mysteries mostly—but not always—solved.

Three intertwining stories illuminate three eras of Claire’s life: her early years as an ambitious girl detective in Brooklyn (before it was gentrified), which ended when her best friend and partner in crime-solving disappeared; a case of an unexplained death in the art world of late-1990s Los Angeles, when, devastated by the demise of her mentor in New Orleans, Claire was forced to start again; and her current quest to save her own life from a determined assassin.

As the connections between the stories come into focus, the truth becomes clear. But Claire, battered and bruised, will never quit her search for the answer to the biggest mystery of all: how can anyone survive in a world so clearly designed to break our hearts?

Sara Gran is the author of Saturn’s Return to New York, Come Closer, Dope, as well as two previous novels featuring Claire DeWitt. Her work has been published in more than a dozen countries. Born in Brooklyn, Sara lived in New York City until 2004. She now lives in Los Angeles and has a successful career writing for television.

Praise for The Infinite Blacktop

“There's a fascinating echo in these pages of classic LA noir detective fiction from the age of Hammett and Chandler...you'll be charmed by this eccentric, enticingly artful mystery.”
— Kirkus (starred review)

“Bold and stunning…mixing classic tropes of teen detective fiction with elements of eastern philosophy and a profound sense of the absurd, Gran takes readers on an unforgettable journey.”
— Publishers Weekly (starred review)

“A marvel of a novel, one that combines the mysteries of seemingly unsolvable crimes and the deeper mysteries of the human heart. Written with both a vivid edge and heartfelt compassion, The Infinite Blacktop is one of the most exciting books of the year.”
— Jeff Abbott, author of Blame and Adrenaline

— Cara Hoffman, author of Running and So Much Pretty

"Sara Gran’s latest is a total delight. Infinite Blacktop is  as captivating as it is unusual, an alchemical mixture of not one but three mysteries, scattered across time and America, all centered around the badass and deeply damaged Claire DeWitt, whose unconventional, unceasing, irrational mode of detection is like nothing else in crime fiction."
— Ben Winters, author of Underground Airlines

"A thriller that is no ordinary, by-the-book crime procedural."
— The Associated Press

“The most interesting private eye I’ve encountered since Stieg Larsson’s Lisbeth Salander….Gran presents an unflinching, heartfelt portrait of the way many women of her generation have lived their lives:  speeding down the fast lane…  A fascinating read.”

“If Haruki Murakami wrote The Wire, it would come out something like Sara Gran; cryptic, dreamy, funny and gritty as hell. She's a phenomenal talent. Claire DeWitt is an unreliable detective unlike any other.”

“Terrific, I love this book! Absolutely love it.  This is the first fresh literary voice I’ve heard in years.  Sara Gran recombines all the elements of good, solid story-telling and lifts something original from a well-loved form."
— Sue Grafton

“Mesmeric. . . cerebral, weirdly fascinating, and unlike any other crime novel you’ll read."
— The Guardian (UK)