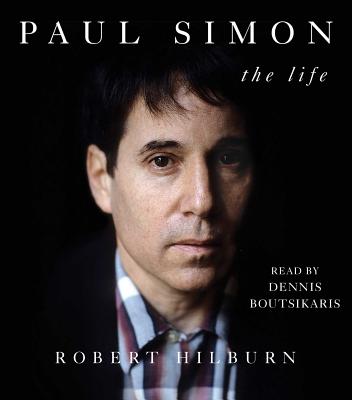 For more than fifty years, Paul Simon has spoken to us in songs about alienation, doubt, resilience, and empathy in ways that have established him as one of the most beloved artists in American pop music history. Songs like “The Sound of Silence,” “Bridge Over Troubled Water,” “Still Crazy After All These Years,” and “Graceland” have moved beyond the sales charts and into our cultural consciousness. But Simon is a deeply private person who has said he will not write an autobiography or talk to biographers. Finally, however, he has opened up for Robert Hilburn—for more than one hundred hours of interviews—in this “brilliant and entertaining portrait of Simon that will likely be the definitive biography” (Publishers Weekly, starred review).

Over the course of three years, Hilburn conducted in-depth interviews with scores of Paul Simon’s friends, family, colleagues, and others—including ex-wives Carrie Fisher and Peggy Harper, who spoke for the first time—and even penetrated the inner circle of Simon’s long-reclusive muse, Kathy Chitty. The result is a deeply human account of the challenges and sacrifices of a life in music at the highest level. In the process, Hilburn documents Simon’s search for artistry and his constant struggle to protect that artistry against distractions—fame, marriage, divorce, drugs, record company interference, rejection, and insecurity—that have derailed so many great pop figures.

“As engaging as a lively American tune” (People), Paul Simon is a “straight-shooting tour de force…that does thorough justice to this American prophet and pop star” (USA TODAY, four out of four stars). “Read it if you like Simon; read it if you want to discover how talent unfolds itself” (Stephen King).

Robert Hilburn was the chief pop music critic for the Los Angeles Times for more than three decades. Author of the bestselling biography Johnny Cash: The Life, which Michiko Kakutani of the New York Times selected as one of her top ten books of 2013, Hilburn has reported extensively on most of pop music’s giants, including Bob Dylan, John Lennon, Joni Mitchell, Leonard Cohen, Michael Jackson, Bruce Springsteen and U2. He lives in Los Angeles.

Dennis Boutsikaris won an OBIE Award for his performance in Sight Unseen and played Mozart in Amadeus on Broadway. Among his films are *batteries not included, The Dream Team, and Boys On the Side. His many television credits include And Then There Was One, Chasing the Dragon and 100 Center Street.