Riots I Have Known (Compact Disc) 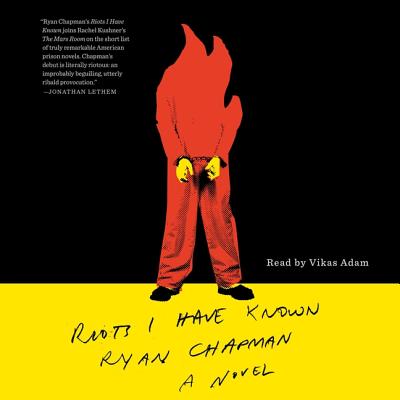 Riots I Have Known, the short, electric, uproarious, and biting debut novel by Ryan Chapman, is a real-time confession, set during a prison riot, in a high-comic pitch, a voice-driven narrative in the tradition of Paul Beatty's The Sellout and Aravind Adiga's The White Tiger.

It is present-day Dutchess County, New York, where an unnamed Sri Lankan inmate has barricaded himself inside a computer lab while a riot rages outside, incited by an article published in the prison's literary journal, The Holding Pen. As he awaits imminent interruption by the growing crowd of guards, prisoners, and news crews on the other side of the doors, he takes us on a confessional roller coaster of plot and language, exploring not only his life in and out of the clink but also asking himself the important questions: How did an enterprising Sinhalese end up here? Should he have remained a quiet Park Avenue doorman? Are his beloved few possessions safe in E Block? What will become of The Holding Pen, a "masterpiece of post-penal literature" favored by Brooklynites everywhere? Meanwhile he reveals how his actions have inadvertently led to the chaos around him.

Smart, wry, and laugh-out-loud funny, Ryan Chapman's Riots I Have Known is an utter gem of contemporary social satire--an approachable and accessible send-up that packs a punch. "Hilarious, original, and cunningly wrought, Ryan Chapman has written a rocket-powered ode to literary creation and mass incarceration. Weaving satire and seriousness into a singularly rambunctious monologue, rollicking and oddly recognizable at once, Riots I Have Known is a breath of fresh air" (Alexandra Kleeman, author of You Too Can Have a Body Like Mine and Intimations).