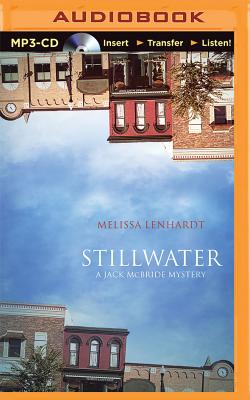 By Melissa Lenhardt, William Dufris (Read by)
$9.99
It's complicated, and may be unavailable. Place an order and we will contact you with the expected arrival date.

Big secrets run deep. Former FBI agent Jack McBride took the job as chief of police for Stillwater, Texas, to start a new life with his teenage son, Ethan, away from the suspicions that surrounded his wife's disappearance a year earlier. With a low crime rate and a five-man police force, he expected it to be a nice, easy gig; hot checks, traffic violations, some drugs, occasional domestic disturbances, and petty theft. Instead, within a week he is investigating a staged murder-suicide, uncovering a decades' old skeleton buried in the woods, and managing the first crime wave in 30 years. For help navigating his unfamiliar, small-town surroundings, Jack turns to Ellie Martin, one of the most respected women in town--her scandal-filled past notwithstanding.

Despite Jack's murky marriage status and the disapproval of Ethan and the town, they are immediately drawn to each other. As Jack and Ellie struggle with their budding relationship, they unearth shattering secrets long buried and discover the two cases Jack is working, though 50 years apart, share a surprising connection that will rattle the town to its core.