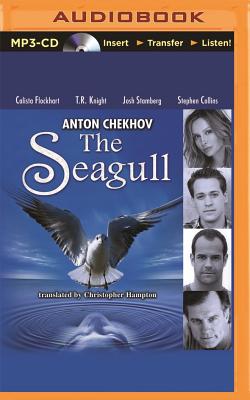 Anton Chekhov's The Seagull is considered one of his most haunting and atmospheric character studies. A would-be playwright is at war with his egoistic mother while the town has become intoxicated by a sensational author. And as the alluring newcomer steals away Kosta's only love, their new romance could have devastating consequences.

Directed by Rosalind Ayres. Translated by Christopher Hampton. Recorded before a live audience.

"With standouts Calista Flockhart and T.R. Knight, this full cast performance transforms a dark drama marked by unfulfilled and mislaid passions into a hypnotic look at the lives of deeply flawed and painfully recognizable characters...listeners will be mesmerized." --AudioFile Magazine