Rockin' On The Rideau: Ottawa's Golden Age of Rock and Roll (Paperback) 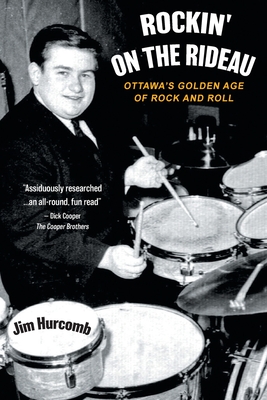 The music world exploded into Technicolor on February 9, 1964, when the Beatles appeared on the Ed Sullivan Show and ignited the music phenomenon dubbed "The British Invasion". In the weeks and months to come, hundreds, perhaps thousands, of Ottawa teenagers put away their hockey sticks and picked up guitars, starting up bands in basements and garages, with visions of screaming girls and stardom dancing in their heads. For some, that dream came true, in packed High School Gymnasiums, Church basements, bowling alleys and every other venue they could find. Groups were working three or four nights a week on both sides of the Ottawa River. The Esquires, The Staccatos, The Townsmen, Don Norman and the Other Four and many others cut records that were as good as anything coming out of Britain or the States. DJ's Gord Atkinson, Nelson Davis and Al "Pussycat" Pascal make them stars by playing their records. Sandy Gardiner followed their exploits in his weekly "teen" column in the Ottawa Journal, and we checked out the weekly "Swing Set" to get the lowdown on the newest groups.

From the day Elvis Presley came to town in 1957, to the release of The Five Man Electrical Band's mega-hit "Signs", we relive those memories with the bands, the clubs, the concerts and the colorful cast of characters who made it happen. Pull back the curtain on the magic of "Ottawa's Golden Age of Rock and Roll",