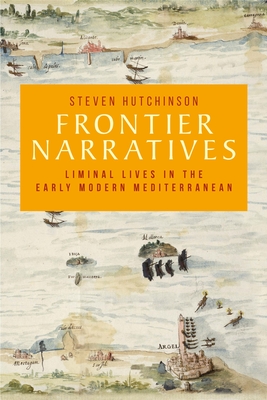 This highly original study explores how Muslims, Christians and Jews interacted in the frontier zones of the early modern Mediterranean (primarily 1530-1670) and how they developed a frontier consciousness that took into account the thoughts and actions of their interlocutors. Sources used run the gamut of genres, from inquisitional records and different sorts of treatises to plays, novels and (auto)biographies, in numerous languages.

The Muslim-Christian divide in the Mediterranean is interesting for many reasons. It produced an unusual kind of slavery, fostered a surge in conversion to Islam, offered an ideal setting for Catholic martyrdom in its rivalry with Protestantism and provided a haven of sorts for Spanish Muslims (Moriscos), as well as Jews. The book argues that identities and alterities were multiple and versatile, that there was no war between Christianity and Islam during the early modern period, that 'popular religion' prevailed over theological principles, that women experienced slavery and religious conversion differently from men, that commerce prevailed over ideology and dogma and that 'positive' human relations among people of different categories were not only possible but inevitable, despite prevailing hostile conditions.

In the spirit of Braudel, who asserts that 'the Mediterranean speaks with many voices; it is a sum of individual histories, ' Frontier narratives gives voice to the people of the early modern Mediterranean in a way that no other study has before, casting all of the region's major historical themes in a new light.