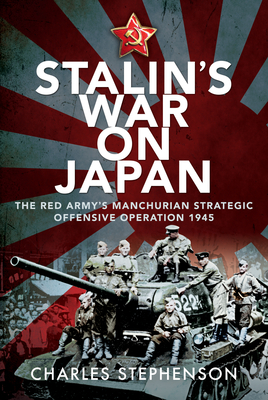 The first full-length popular history of the Soviet Union's decisive offensive against the Japanese in Manchuria and Korea at the end of the Second World War.

Did Japan surrender in 1945 because of the death and devastation caused by the atomic bombs dropped by the Americans on Hiroshima and Nagasaki or because of the crushing defeat inflicted on their armies by the Soviet Union in Manchukuo, the puppet state they set up in north-east China? Indeed, the Red Army's rapid and total victory in Manchukuo has been relatively neglected by historians.

Charles Stephenson, in this scholarly and highly readable new study, describes the political, diplomatic and military build-up to the Soviet offensive and its decisive outcome. He also considers to what extent Japan's capitulation is attributable to the atomic bomb or the stunningly successful entry of the Soviet Union into the conflict.

The military side of the story is explored in fascinating detail - the invasion of Manchukuo itself where the Soviet 'Deep Battle' concept was employed with shattering results, and secondary actions in Korea, Sakhalin and the Kuril Islands.

But equally absorbing is the account of the decision-making that gave rise to the offensive and the political and diplomatic background to it, and in particular the Yalta conference. There, Stalin allowed the Americans to persuade him to join the war in the east; a conflict he was determined on entering anyway.