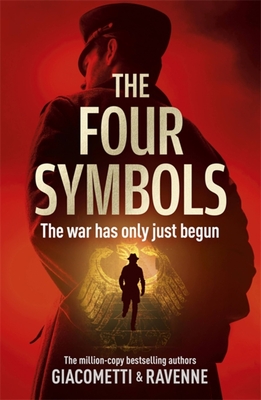 "I couldn't put it down ... the authors write like Dan Brown!" -Anthony, 5-Star NetGalley reviewer

"I can't wait to read the next book in the series!" -Sens Critique

"A spellbinding read from start to finish." -5-Star Amazon Review

"If you like books with lots of action and cliff hangers, this is for you." -5-Star Netgalley Review


In a Europe on the verge of collapse, the Nazi organisation Ahnenerbe is pillaging sacred landmarks across the world. Their aim is to collect treasures with occult powers, which will help them establish the Third Reich.

The organisation's head, Himmler, has sent SS officers to search a forgotten sanctuary in the Himalayas, while he tries to track down a mysterious painting. Which ancient power do the Nazis believe they hold the key to?

Meanwhile, in London, Churchill has discovered that the war against Germany will also be a spiritual one: their light must fight the occult if they are to win . . .

A former journalist, Eric Giacometti spent several years uncovering some of France's biggest medical scandals. He also spent the end of the 1990s investigating Freemasonry, a subject he then explored in fiction with his writing partner, Jacques Ravenne.

Together, they form a highly successful author duo and have written over fifteen books together, including the several million-copy bestselling Antoine Marcas series.