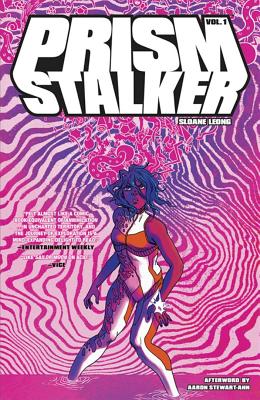 New York Public Library's Best Books of 2018
The Onion's AV Club's Best Comics of 2018
Paste Magazine's 25 Best Comics of 2018
The Beat's Best Comics of 2018 Far from the border of colonized space, a newly discovered planet teems violently with strange psychic life and puzzling telekinetic ecology. Vep, a refugee raised away from her devastated home planet as an indentured citizen in a foreign colony, is taken by a private military firm to assist in settling the new planet. What awaits her will test the limits of her will as she grapples with the strange power the planet exerts over her.... Collects PRISM STALKER #1-5