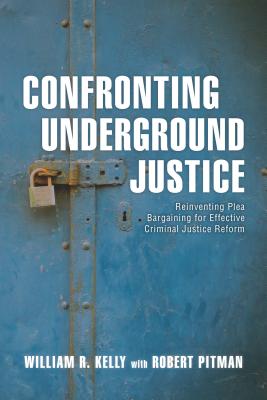 Plea negotiation is rife with due process concerns, including a heightened risk of coerced pleas, ignoring mens rea, serious questions about assistance of counsel, limited discovery and little litigation of the evidence, the conviction of innocent defendants and significant questions about fairness and equity. Plea negotiation is also the fast track to criminal conviction, tough punishment, and mass incarceration. From the perspective of public policy, plea negotiation perpetuates a harm based, retribution focused system of crime and punishment. Because of the failures of public health, the justice system has become a dumping ground for hundreds of thousands of mentally ill, substance addicted and abusing, and neurocognitively impaired offenders. And because of a tough on crime mentality and lack of information and options, the justice system routinely prosecutes and punishes these offenders. The evidence is quite clear that punishment does nothing to improve these circumstances and often exacerbates them. The result, as one would predict, is extraordinarily high rates of reoffending, propelling the revolving door of the justice system. Confronting Underground Justice takes a close look at plea negotiation, criminal prosecution, public defense, and pretrial justice systems and identifies a wide variety of problems and concerns with each. William R. Kelly and Robert Pitman provide key decision makers with the tools to make better, more informed decisions regarding pre-trial detention, prosecution and plea deals, criminal defense, and diversion to treatment. Critical to this effort is redefining roles, responsibilities and the culture of criminal justice by prosecutors, judges and defense counsel accepting responsibility for reducing recidivism and embracing problem solving as a primary decision making strategy. Kelly and Pitman combine decades of academic research and policy expertise, with real world experience in the court system, as a judge and prosecutor to develop innovative and comprehensive reform. Confronting Underground Justice provides a prescriptive roadmap for how to fundamentally reinvent plea negotiation, pre-trial decision making, criminal prosecution and public defense to effectively reduce recidivism and save money.

William R. Kelly, PhD, is a professor in the Department of Sociology and director of the Center for Criminology and Criminal Justice Research at the University of Texas at Austin, Texas. He is the author of several books and articles on criminal justice, law, and policy, including From Retribution to Public Safety (Rowman & Littlefield, 2017), The Future of Crime and Punishment (Rowman & Littlefield, 2016), Criminal Justice At The Crossroads (2015), and Justice Under Pressure (1993). Robert Pitman, JD, M.St., was appointed in 2014 by President Obama and confirmed by the United States Senate to serve as a United States District Judge for the Western District of Texas. Prior to that he was the United States Attorney for the Western District. Judge Pitman brings extensive knowledge, on the ground experience, insight and a profound interest in criminal justice reform, something that is rather rare among federal prosecutors and judges. Pitman co-authored From Retribution to Public Safety: Disruptive Innovation of American Criminal Justice Policy (Rowman and Littlefield 2017) with William R. Kelly and William Streusand.