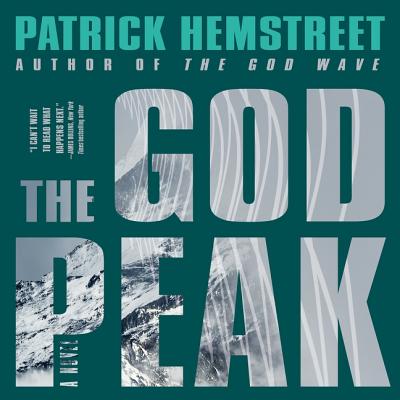 This is book number 2 in the God Wave Trilogy series.

The thrilling speculative techno-science epic begun in Patrick Hemstreet's The God Wave continues in this explosive adventure in which a team of neuroscientists must face the consequences of playing God when the superhumans they've created threaten to annihilate humanity.

Chuck Brenton had a simple idea: if brain waves can make the needles on an EEG machine move, why couldn't they be trained to move other things? He and mathematician Matt Streegman developed an astonishing program that enabled a group of highly select individuals--test subjects they called the Alphas--to use their brains to manipulate both physical and digital objects. Their goal was to increase man's potential and make the world safer.

But when their secret program was discovered, the military stepped in to take control--and unwittingly began a battle that could spell the end of humankind. A trio of renegade Alphas have used their enhanced powers to take the world hostage. Though they say they want world peace, the rebels seem willing to sacrifice countless innocent lives to achieve their goals.

Horrified by what he has unleashed, Chuck is determined to stop the monsters he's created, no matter the risks. Coming out of hiding, he and his team must wield their own burgeoning abilities to defeat the increasingly unstable superhuman terrorists.