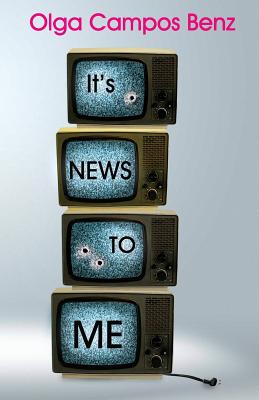 Marissa Cavelo awakens under an alcohol-induced fog and has just minutes to get to a meeting at the television station where she works. She's sure her career is doomed. Three days earlier, her chaotic adventure begins as a reporter and anchor at KATX-TV in Austin, Texas. While trying to prove to her station manager and back-stabbing co-workers that she is more than a pretty Latina who's only good for fluff pieces, Marissa stumbles upon a huge exclusive, and suddenly finds herself up against ruthless criminals who'll do anything-including taking down a news crew if necessary-to keep illegal activities from being uncovered. Besides professional obstacles, she also faces a widening disconnect from her identical twin sister, Carissa. CC as she's called, resents her sister's growing popularity as a celebrity and is desperate to get out from behind Marissa's shadow, but what CC is willing to do to forge her own identity is unthinkable. Through all this, Marissa finds herself sexually drawn to her handsome photographer, Ken. Armed with a bottle of tequila, they come up with a kick-ass expos in hopes of uncovering Austin's scandal of the decade.

Olga Campos Benz is one of the most honored anchor/reporters ever to grace the Texas airwaves. Olga spent more than 30 years covering the biggest news stories in Houston, Corpus Christi and Austin, Texas. She is a 2014 inductee into the City of Austin Commission for Women Hall of Fame and the 2015 Distinguished Alum of the Greater Austin Hispanic Chamber of Commerce Hispanic Austin Leadership Program. She and her husband, Kevin Benz, live in Austin and have twin daughters, Corazon and Allegra.