The Invention of Power: Popes, Kings, and the Birth of the West (Hardcover) 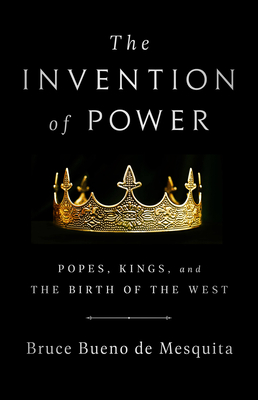 In the tradition of Why Nations Fail, this book solves one of the great puzzles of history: Why did the West become the most powerful civilization in the world?

Western exceptionalism—the idea that European civilizations are freer, wealthier, and less violent—is a widespread and powerful political idea. It has been a source of peace and prosperity in some societies, and of ethnic cleansing and havoc in others.

Yet in The Invention of Power, Bruce Bueno de Mesquita draws on his expertise in political maneuvering, deal-making, and game theory to present a revolutionary new theory of Western exceptionalism: that a single, rarely discussed event in the twelfth century changed the course of European and world history. By creating a compromise between churches and nation-states that, in effect, traded money for power and power for money, the 1122 Concordat of Worms incentivized economic growth, facilitated secularization, and improved the lot of the citizenry, all of which set European countries on a course for prosperity. In the centuries since, countries that have had a similar dynamic of competition between church and state have been consistently better off than those that have not.

The Invention of Power upends conventional thinking about European culture, religion, and race and presents a persuasive new vision of world history.

Bruce Bueno de Mesquita is the Julius Silver Professor of Politics at New York University and was director of its Alexander Hamilton Center for Political Economy from 2006-2016. He is the author of twenty-three books, including The Dictator's Handbook.