Pie in the Sky (Paperback) 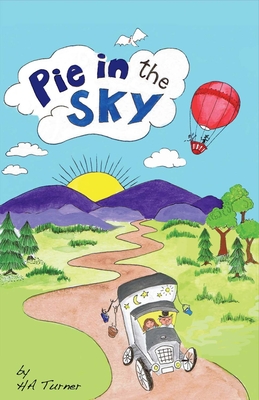 Pie in the Sky, an adventurous romp through the summer of 1959, begins in a Junkyard, where Holly, an enterprising 13-year-old, encounters her similarly enterprising - though somewhat eccentric - Uncle Jeremiah. The two join forces and set off on a daring and brash trek through the back streets and small towns of rural eastern United States with the singular mission to “Strike it Rich!” While the formula for reeling in the money seems, for the most part, to elude them, they have no trouble getting themselves entangled in one crazy scheme after another. In the end, though they have very little to show for their efforts in terms of cash, they’ve learned that people aren’t always what they seem and making money isn’t the only way to become rich.

HA Turner's masterpiece, "Pie in the Sky", provides today's young teens with an educational time machine. The story transports readers to a time long forgotten. Through the adventurous romp readers will learn some of life's important lessons; that people aren't always what they seem and making money isn't the only way to become rich. The book contains discussion questions making it the perfect summer reading assignment. HA Turner grew up in a baker's dozen as one of twelve brothers and sisters. A life long educator, HA Turner helped raise some of siblings, had four children of her own, opened her own pre-school, and later taught literature and writing at the college level. Always an avid reader and lover of children's books, "Pie in the Sky" culminates her interest in writing, illustration, and works of historical fiction. She lives in Red Bank with one of her daughters and two cats.