The Habsburgs: To Rule the World (Compact Disc) 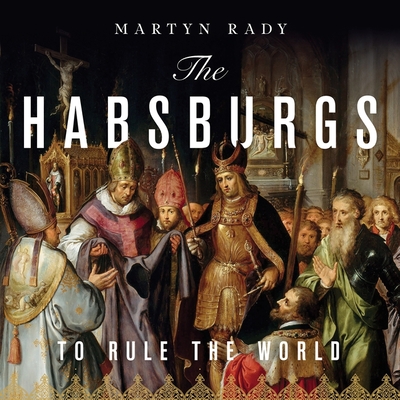 The definitive history of the dynasty that dominated Europe for centuries

In The Habsburgs, Martyn Rady tells the epic story of a dynasty and the world they built -- and then lost -- over nearly a millennium. From modest origins, the Habsburgs gained control of the Holy Roman Empire in the fifteenth century. Then, in just a few decades, their possessions rapidly expanded to take in a large part of Europe, stretching from Hungary to Spain, and parts of the New World and the Far East. The Habsburgs continued to dominate Central Europe through the First World War.

Historians often depict the Habsburgs as leaders of a ramshackle empire. But Rady reveals their enduring power, driven by the belief that they were destined to rule the world as defenders of the Roman Catholic Church, guarantors of peace, and patrons of learning. The Habsburgs is the definitive history of a remarkable dynasty that forever changed Europe and the world.