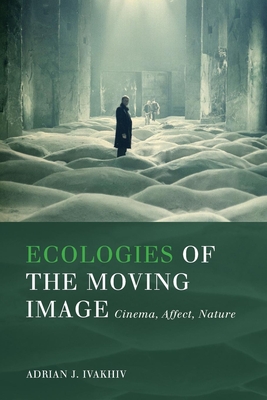 Moving images take us on mental and emotional journeys, over the course of which we and our worlds undergo change. This is the premise of Ecologies of the Moving Image, which accounts for the ways cinematic moving images move viewers in ways that reshape our understanding of ourselves, of life, and of the Earth and universe.

This book presents an ecophilosophy of the cinema: an account of the moving image in relation to its lived ecologies--the material, social, and perceptual relations within which movies are produced, consumed, and incorporated into cultural life. Cinema, Adrian Ivakhiv argues, lures us into its worlds, but those worlds are grounded in a material and communicative Earth that supports them, even if that supporting materiality withdraws from visibility. Ivakhiv examines the geographies, visualities, and anthropologies--relations of here and there, seer and seen, us and them, human and inhuman--found across a range of styles and genres, from ethnographic and wildlife documentaries to westerns and road movies, and from sci-fi blockbusters and eco-disaster films to the experimental and art films of Tarkovsky, Herzog, Greenaway, Malick, Dash, and Brakhage as well as YouTube's expanding audiovisual universe.

Through its process-relational account of cinema, drawn from philosophers such as Whitehead, Peirce, and Deleuze, the book boldly enriches our understanding of film and visual media.