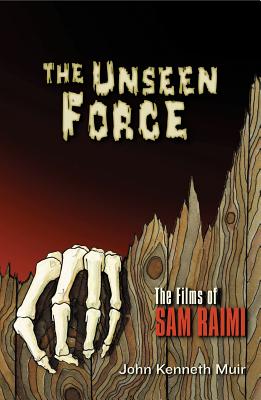 (Applause Books). Following his highly successful An Askew View: The Films of Kevin Smith (Applause), John Kenneth Muir now turns to the life and work of legendary cult-film director Sam Raimi. Raimi exploded on the movie scene in 1982, when he was 23 years old, with the audacious, independently produced horror film The Evil Dead . Re-igniting the horror genre to such a degree that Wes Craven credited Raimi on-screen in A Nightmare on Elm Street, Raimi went on to direct two Evil Dead sequels, his own comic-book superhero, Darkman, and an over-the-top, post-modern western, The Quick and the Dead . Raimi's influence on other filmmakers continues to be enormous from the "shaky cam" shots of the Coen brothers to the early oeuvre of Lord of the Rings director Peter Jackson, both of whom have been termed the "direct progeny" of Raimi's works.In 2002, Raimi's Spider-Man had the biggest opening weekend in history, earning more than $114 million at the box office. The Unseen Force also features a sneak peek at the much anticipated Spider-Man 2 . Included are 30 first-person accounts and interviews from a number of eclectic sources from the cinematographers who shot Raimi's early films to the producers, screenwriters, actors, special effects magicians and composers who collaborated to make his films the stuff of legend, earn mainstream success, and still be the focus of obsessive cult followings.