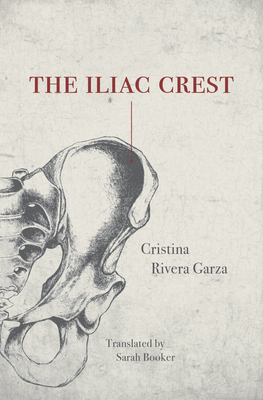 Surreal and gothic, The Iliac Crest is a masterful excavation of forgotten Mexican women writers, illustrating the myriad ways that gendered language can wield destructive power.

On a dark and stormy night, two mysterious women invade an unnamed narrator's house, where they proceed to ruthlessly question their host's identity. The women are strangely intimate―even inventing together an incomprehensible, fluid language―and harass the narrator by repeatedly claiming that they know his greatest secret: that he is, in fact, a woman. As the increasingly frantic protagonist fails to defend his supposed masculinity, he eventually finds himself in a sanatorium.

Published for the first time in English, this Gothic tale is "utterly weird yet deeply resonant in its portrayal of gendered violence" (The Millions). Through layered and haunting prose, Cristina Rivera Garza unravels the cultural and political histories of Mexico, probing at the misogyny that fuels the disappearance of women in literature and in real life.